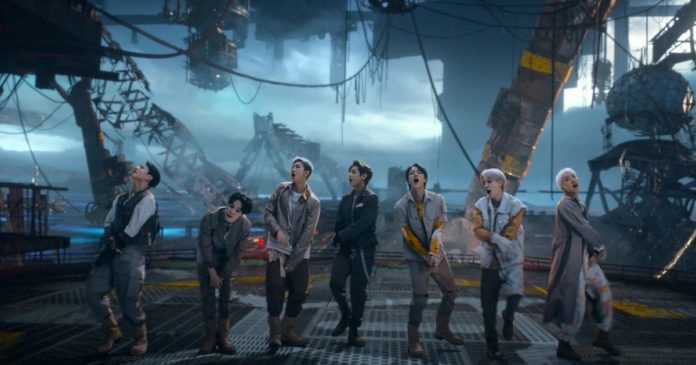 The 2022 MTV Video Music Awards are right around the corner, and everyone’s talking. The 2022 VMAs will be held this Sunday, August 28, at 5 p.m. PST/8 p.m. EST live from Prudential Center in Newark, N.J. — the venue the show was first broadcasted from three years ago. For the third year in a row now, the VMAs will also be available to watch on more streaming platforms, such as The CW Network, BET, BET Her, CMT, Comedy Central, Logo, MTV2, Nickelodeon, Paramount Network, Pop, TVLand and VH1.

Right now, Lil Nas X, Jack Harlow and Kendrick Lamar are leading the nomination list, with Doja Cat and Harry Styles trailing right behind. Music lovers everywhere are gearing up to celebrate the successes of their favorite artists…but what about those who’ve already been snubbed? The awards haven’t even been given out yet, but controversy has already sparked about who’s in which categories and what artists have already been wronged. We’re all in for a wild ride this Sunday, but trust me, the drama has already begun.

The first thing that comes up when you search “VMA snubs” on Twitter is a string of tweets about BTS — and rightfully so! The group has one of the most loyal fanbases in the music world, so it makes total sense that they’re up in arms about the band not being nominated for Artist of the Year (or any of the other main category awards). BTS still has nominations in other categories like Best K-pop, Best Choreography, and Best Visual Effects, but after the successful breakout year they’ve had, it really is quite unfair.

I realize we just talked about BTS above, but Coldplay is on this song too, so here we are again! “My Universe” was one of the most popular radio tracks this year, with over 500 million streams on Spotify. The music video for this song had (and still has) everyone on Twitter naming it one of the most acclaimed videos of the year, too. Safe to say that, to us fans, Coldplay and BTS were robbed by not being nominated for any of the main categories like Best Collaboration or Song of the Year. We’ll all still be rooting for “My Universe” in the Best Visual Effects category, though.

“Oh My God” is right, seeing as another artist that’s been snubbed this year is Adele, who penned a song of the same name. Don’t worry, “Easy on Me” is still up for Song of the Year and “Oh My God” for Best Art Direction, but we all know Adele deserves many more nominations after the comeback she’s made within the industry. Many are speculating if it was the decision to postpone her Las Vegas residency that’s negatively impacting her, but regardless, her fans think she should be in every single category the VMAs have to offer.

Shakira, Shakira. She’s endured a heck of a year, and the VMAs have made it no easier on her with this no-mention snub. She’s taken everything in stride, though, and will only emerge stronger. If you’re ever feeling down or like you’ve been snubbed by life, just take a look at her music video for “Te Felicito” — it’ll leave you dancing and feeling extremely empowered.

Now, this controversy is a bit confusing. Nicki Minaj is actually one of the VMAs hosts this year… however, her fans on Twitter still think she’s been snubbed as far as the awards categories are concerned. I’d definitely recommend taking your own deep dive into the subject on Twitter, to form your own Nicki-snub or no-snub thoughts.

Lorde and her comeback album, Solar Power, deserved more. No nominations for her this time, but us fans all love her just the same.

Miss Camila is back in her single girl era, and her music has definitely shown us how she’s doing and feeling post-Shawn Mendes. She’s an incredible storyteller and musician, so it really is a shame that she isn’t up for more main-category nominations. Crossing my fingers for her and “Bam Bam” for Best Cinematography.

Twitter definitely knows who Tinashe is, but the VMAs must not — seeing as she wasn’t nominated in any of the categories. Definitely check her out if you haven’t already; her music videos are phenomenal and her voice is even better.

“Maybe You’re the Problem” by Ava Max is a song that lived and played rent-free in my head for months, so I was just as shocked as the rest of Twitter when I found out she hadn’t been nominated. If there was a Stuck On Repeat award, it’d surely go to her!

And last but certainly not least, we have Taylor Swift. Don’t worry, Blondie is getting some recognition (how could anyone ignore the “All Too Well” 10-minute version and the accompanying short film starring Sadie Sink, Dylan O’Brien, and Taylor herself?!), but the loyal fans of Taylor Nation still believe she deserves more. Right now, Taylor’s “All Too Well” short film is up for five awards – Video Of The Year, Best Longform Video, Best, Cinematography, Best Direction, and Best Editing. However, with all the new and re-released music — and the notorious snubs of years past — it’s no surprise that Taylor’s fans always want more for her.

Tune in this Sunday at 5 p.m. PST/8 p.m. EST to find out who wins what… and to see who gets those post-nomination snubs. And remember, there’s still time to vote for the Best New Artist award! Head to MTV’s website or Instagram now to cast your ballots.

The Digital SAT: What We Know

How To Calculate The Volume Of a Sphere

How Does Early Decision Work

How to Get Teaching Loans to Pay for School