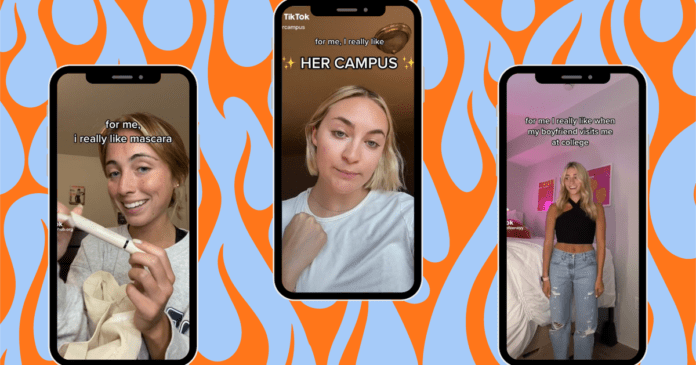 If you’re an active TikTok viewer, or simply someone on the internet,  you’ve likely seen or heard the “Corn Song” sometime in the past few weeks.

Released by musical quartet the Gregory Brothers through their YouTube channel Schmoyoho, the “Corn Song” is all over our FYPs. The Gregory Brothers are also the creators of the viral “Chrissy Wake Up” sound that previously trended.

The sound’s origins lie in an interview conducted by Recess Therapy, a popular social media interview series with children ages 2 to 9 by Julian Shapiro-Barnum. Enter: Tariq, the Corn Kid.

On August 4, Shapiro-Barnum interviewed Tariq, who was holding a half-eaten corn cob on a stick. The original video opens with Tariq stating proudly, “For me… I really like corn. Ever since I was told that corn was real, it tasted good!”

In the (adorable) original video, which gained 1.4M likes on Instagram, Tariq goes on to explain his passion for the yellow vegetable, telling Shapiro-Barnum “I can’t imagine a more beautiful thing.”

With the help of autotune and inspiration from Tariq’s pure love of corn, The Gregory Brothers created the now viral audio remixing his statements about corn on Recess Therapy.

Since the “Corn Song” was released, it has amassed millions of views, with around 290.9K videos posted under the sound on TikTok. Creators on the app are using the sound to express their love for various things — from girl’s nights in to the color green. Here are 17 of the funniest TikToks using the “Corn Song.”

A cat’s love for cucumber

The perks of working from home

@katiehub.org shares her extensive mascara collection, noting that she “cannot live without it.”

Rumor has it that the Nate staff is still going over the “Corn Song” presentation.

Getting sexy (on camera)

Intimacy Coordinator Jessica Steinrock shares a little about how sex scenes are choreographed for film and television.

What’s better than a girl’s night out? A girl’s night in, complete with some wine, a rom-com, and maybe even a dance party,

Put it in ink

@maddzak, who posts regularly floating in the ocean, shares a recent encounter with an octopus.

Chrissy from @myromehome shares her affinity for the color green in home decor.

The corn song itself

Now we’re getting a little meta. Love it or hate it, the Corn Song may be here to stay, at least for a while (after all, it has the juice).

@sophiaadeso is tempting us with cute, pumpkin-spice ready fall decor.

Model and creator @aliana_king shares her love for her natural hair with the “Corn Song.”

Running isn’t for everyone, but it is for @renee.noe.

Visits from the boyfriend

It can be hard being far from your boyfriend or girlfriend while away at university, which makes it all the more special when they visit. @katiefeeneyy gets it.

How To Get Back Into School Mode

A Letter to Freshmen: What Change Has Taught Me

Back to School Closet Essentials to Shave Time Off Getting Ready

Everything We Know So Far About Taylor Swift’s New Album, ‘Midnights’

All 115 Need-Blind Colleges in the US: A Complete Guide