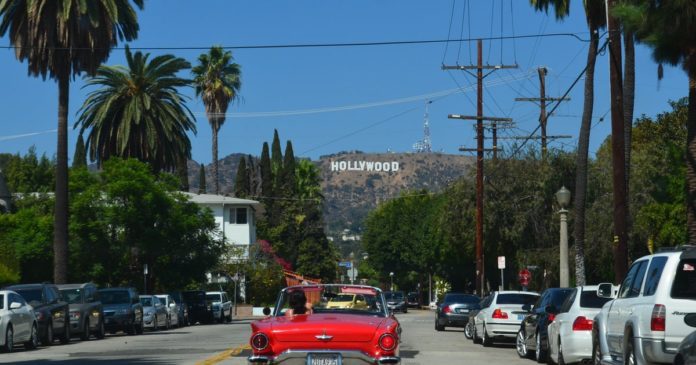 I spent many years hating a place everyone idealized. I ran away for a few months. And just like it happens in movies, I came back with some clarity.

I spent many years talking about how much I hated California. I hated being there, living there and itched for any opportunity to get away.
And I did. I chose to go to college out of state and left in June to go to the Czech Republic to visit my family. I had not been back since, until Spring Break.

With everything going wrong in terms of other plans, my last-minute choice was to go to California for spring break. It was either that or stay in my dorm and, because I missed my friends, I thought that this would be the best idea.

I went to California and spent a week there. It was the first time I had been back in multiple months. and it was strange. Yes, it felt the same. Being in my old bedroom, my friends all felt normal. This normal was a good normal, in the sense that it was familiar, but also a bad normal since I had hated this normal for so long.

And along with that, many things had changed. I think the most important one was the outlook I had on California.

One of the first main things I noticed was the heat. It was so, so hot. My perceptions of heat had completely changed while living in Wisconsin. Now, 50 degrees to me felt amazing. Though I do love the snow and the pretty fall leaves, I am a summer fan at heart. Being with no sunshine, warm weather or pretty snow is really hard as I’ve come to find. So, being able to walk outside without a jacket or go places in shorts was amazing. I think that the weather wasn’t that warm when I lived there because I was used to it. I didn’t realize how warm it actually was until I experienced true cold weather.

Another thing I took for granted was access to fruit, vegetables and even more healthy foods, like matcha and avocados. Here, I feel like I eat the same two types of fruit, some apples and bananas, and never anything else. This may be because I am eating in a dining hall. However, it could also be that Wisconsin just has less fruit overall. Over the break, I learned that California is the top fruit and fresh goods producer in the US. I didn’t know this until I had left, so not being able to know why I didn’t have access to other fruits was a bit sad to me. But getting to eat many types of fruit all day, which I love, was amazing and something I really enjoyed.

One of the bigger things that I also took for granted had to be the beach. I love the ocean, and I didn’t realize I had missed it until I was back. And yes, though the part of California that I lived in, the water is not very swimmable, it’s still pretty. It has beautiful sunsets and a gorgeous view that I still appreciate. I think that since I never went to the beach, I never realized how much I took it for granted. But now that I had been away from it for a long time, and then finally got to go, it all clicked.

I had a few more of these similar realizations throughout my week-long trip. I think that overall I came to realize that California wasn’t as bad as I thought it to be, or portrayed it to be within my head. It’s hard to focus on the good memories when you have lots of bad ones. Along with that, living in the middle of a random suburb really isn’t that great either. But with my trip, I was able to realize that other elements made it ok. I think I took so many elements for granted for so long. I didn’t realize what these elements were, especially how good they were until I left and later came back.

I’m not saying I am California’s number one fan. There are many things about it that I still dislike and even felt while I was there. But, in a sense, there were also many things that are positive about it. And even things that now, in Wisconsin, I do miss.

I think that my trip taught me to not take things for granted, as well as give things a second chance. Most importantly, time away can help. I don’t think I could ever move back, but now I can positively look forward to coming back for a week or so. Especially without dreading it, which even before spring break, I was unable to do. This in and of itself is progressive. It’s important to remember that you can’t always love everything, which matters a lot too.

She Will Be Loved, No Literally

The 6 Best Language Learning Apps in 2022: Duolingo, iTalki, and More

Why You Should Join a Sorority