Editors Note: Since the writing of this article, the federal Student Loan Debt Relief program has been blocked and the Department of Justice has filed an appeal with the Supreme Court. While the case is being reviewed, the Biden administration is extending the federal student loan payment pause into 2023. The US Department of Education announced loan repayments may resume as late as 60 days after June 30, 2023.


It’s a question that has been on people’s minds practically as soon as Congress passed the CARES Act rescue package on March 27: Will there be an extension?

And as certain provisions—such as enhanced unemployment benefits and a pause on federal loan payments—have either expired or approached expiration, the question has only become more urgent.

In short, the answer is: No one knows yet. Both parties have discussed the need for additional stimulus. In May, the House of Representatives passed the HEROES Act and in July, Senate Republicans introduced the HEALS Act. But the Senate did not even take up the $3 trillion HEROES Act, and in the ensuing months, bipartisan gridlock has stalled relief conversations. More recently, President-elect Joe Biden has urged Congressional leaders to come together to pass another stimulus bill.

The issue that has deadlocked passage of a follow-up package has been the size and scope of the bill. Senate Republicans have backed the support of a so-called “skinny” stimulus bill.

The GOP skinny bill renewed the Paycheck Protection Program, which provided qualifying small businesses with loans, but did not include an additional round of stimulus checks for households.

Conversations are likely to continue through this lame-duck session of Congress. Right now, Congressional control for 2021 remains in limbo until the Jan. 5 Senate runoff races in Georgia. The results of the two runoffs, and subsequent congressional control, may be able to foreshadow the scope of a future relief package. That said, here is where things stand now.

Will There Be an Extension on CARES Act Student Loan Relief?

Under the CARES Act, a pause on federal student loan payments and interest rates set to 0% were enacted, set to expire on September 30, 2020. But President Donald Trump signed an executive order that extended the suspension of payments and zero interest until December 31, 2020.

Update: on Dec. 4, the Department of Education announced that the federal student loan payment holiday has been extended to January 31, 2021. The extension is meant to give Congress time to enact any new measures. Of course, President-elect Biden could also extend student loan relief.

The HEROES Act proposed $10,000 in federal and private student loan forgiveness, though the updated version that passed in October did not include the provision. A new relief package may also continue suspending federal payments but, again, it’s unclear whether one will be passed.

Private lenders, too, may have hardship programs in place if borrowers are unable to currently pay back their loan due to the impact of COVID-19. Private student loan borrowers will need to check with their lenders to see if they offer such a program.

Will There Be An Additional Stimulus Check?

Under the CARES Act, households received an Economic Impact Payment of up to $1,200 per adult and $500 per child under 17, for households who made under $198,000 in adjusted gross income (AGI) for joint filers. Households with higher AGI received a reduced amount of payment based on their AGI.

Both Republican and Democratic leaders have indicated support, at various points, for another round of stimulus checks, using the $1,200 amount as a benchmark. That said, at this point, some analysts believe that a second round of checks may not be issued until the first quarter of 2021.

Will There Be Enhanced Unemployment Benefits?

In the HEROES Act, Democrats proposed keeping the $600 a week in additional unemployment benefits. The CARES Act also extended the length of time that unemployed workers could receive benefits through Pandemic Emergency Unemployment Compensation (PEUC).

This was a federal extension for those who may have exhausted their state unemployment benefits. New legislation could potentially address federally funding for extended benefits.

Another critical question many are asking is, who will be eligible for unemployment insurance in a new relief package? The CARES Act provided Pandemic Unemployment Assistance (PUA) that allowed freelance workers, members of the gig economy, contract workers and other individuals ineligible for state benefits to be eligible for federal unemployment benefits.

PUA is set to expire by December 31, 2020, as is PEUC. Without legislative action, about 12 million people could lose their federal unemployment benefits at the end of the year.

A stimulus bill is likely, but specifics aren’t clear. The upcoming expiration dates on key components of the CARES Act have added urgency to Congress passing some sort of additional relief package.

But in a lame-duck session with uncertainty over Congressional control, it’s unclear what a new relief package may look like—and when it may pass.

States also may act to provide pandemic assistance and relief for their residents. Or President Trump may use executive action to enact certain relief, as he did in August, when he signed an executive order that extended federal student loan forbearance.

SoFi Student Loan Refinance
If you are looking to refinance federal student loans, please be aware that the White House has announced up to $20,000 of student loan forgiveness for Pell Grant recipients and $10,000 for qualifying borrowers whose student loans are federally held. Additionally, the federal student loan payment pause and interest holiday has been extended beyond December 31, 2022. Please carefully consider these changes before refinancing federally held loans with SoFi, since the amount or portion of your federal student debt that you refinance will no longer qualify for the federal loan payment suspension, interest waiver, or any other current or future benefits applicable to federal loans. If you qualify for federal student loan forgiveness and still wish to refinance, leave unrefinanced the amount you expect to be forgiven to receive your federal benefit.

Notice: SoFi refinance loans are private loans and do not have the same repayment options that the federal loan program offers such as Income-Driven Repayment plans, including Income-Contingent Repayment or PAYE. SoFi always recommends that you consult a qualified financial advisor to discuss what is best for your unique situation.

In our efforts to bring you the latest updates on things that might impact your financial life, we may occasionally enter the political fray, covering candidates, bills, laws and more.
Please note: SoFi does not endorse or take official positions on any candidates and the bills they may be sponsoring or proposing. We may occasionally support legislation that we believe would be beneficial to our members, and will make sure to call it out when we do. Our reporting otherwise is for informational purposes only, and shouldn’t be construed as an endorsement.

SoFi Loan Products
SoFi loans are originated by SoFi Bank, N.A., NMLS #696891 (Member FDIC). For additional product-specific legal and licensing information, see SoFi.com/legal. Equal Housing Lender.
Financial Tips & Strategies: The tips provided on this website are of a general nature and do not take into account your specific objectives, financial situation, and needs. You should always consider their appropriateness given your own circumstances.
External Websites: The information and analysis provided through hyperlinks to third-party websites, while believed to be accurate, cannot be guaranteed by SoFi. Links are provided for informational purposes and should not be viewed as an endorsement.
SOSL20054 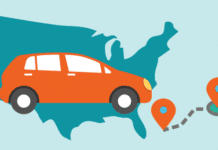 How to Get Into New York University: All You Need to Know

The 51 Art Scholarships You Need to Know About