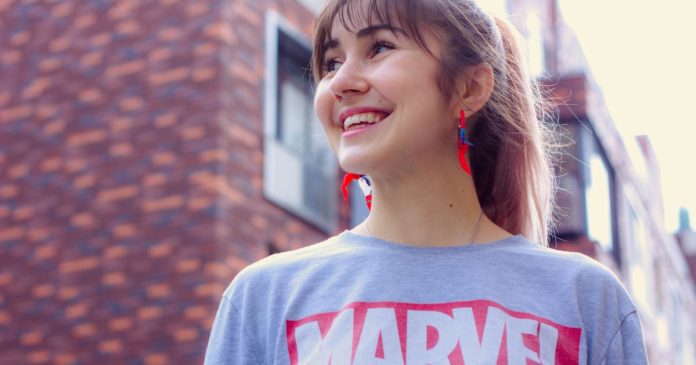 This past week People Magazine announced that the  2022 Sexiest Man Alive is Chris Evans, and we can’t help but agree.

Evans, who America has come to love as Captain America among a dozen other recent roles, is from Boston and is 41.

Despite last year’s winner being fellow star Paul Rudd, who stars as Ant-Man and seemingly doesn’t age, Evans was given the sash by Dwayne “The Rock” Johnson, who was named Sexiest Man Alive in 2016, on-set while filming their holiday movie Red One which will release in 2023.

Evans has been extremely busy this year with filming two other movies aside from Red One; Ghosted with Ana de Armas and Pain Hustlers with Emily Blunt. Both films are currently rumored to be released next year.

Evans started his career in musical theater before landing a role in Not Another Teen Movie. His intro to super hero stardom came when he joined Marvel as Johnny “The Human Torch” in the Fantastic Four.

In between those films Evans also did 2 world wide press tours for Pixar’s Lightyear and the Russo Brothers’ The Gray Man, which was chilling to see him as evil, this IS Captain America after all.

In addition to filming Movies Chris is involved with Jinx dog food.

In regards to Jinx Chris is an investor and takes an active role including being a spokesperson with his dog Dodger, who makes frequent appearances on Evan’s instagram. Jinx is focused on dog nutrition, since Dodger is so important to Evans.

Besides all the above he has also been constantly involved with A Starting Point Chats.

A Starting Point is a self-described video based civil engagement website/app whose “to create a bipartisan channel of communication and connectivity between Americans and their elected officials with the goal of creating a more informed electorate.” (AStartingpoint.com) Chats take place between one of his co-founders Mark Kassan, Chris and various politicians and informed people such as Melissa Murray who is a legal scholar and NYU Law Professor.

It is a wonder how this man has time to sleep – between his civil engagement work and the entertainment business. And oh he has done charity work such as Christopher’s Haven. Additionally, Evans is reportedly trying to get a few projects off the ground and into production.

All of that makes it clear why he was chosen to be the Sexiest Man Alive with the magazine cover stating the “The Universe Has Spoken.”

So, apparently the World’s Sexiest Man alive is definitely one of the busiest men alive; it made me exhausted just typing this. Although at this point I’m starting to think he’s a robot especially after that Lightyear photoshoot at Disney where the man never moved a muscle.

So congrats Chris, we always knew it was you, who else could pull off a handlebar mustache as the world’s sexiest villian?

People magazine we want to know, why did it take you so long to pick the obvious choice?

Just What Is Going on With College Admissions?

Decorating A Dorm Room Is Good For The Soul

Do AP® Classes Matter to Colleges?

Take a Breath | Her Campus