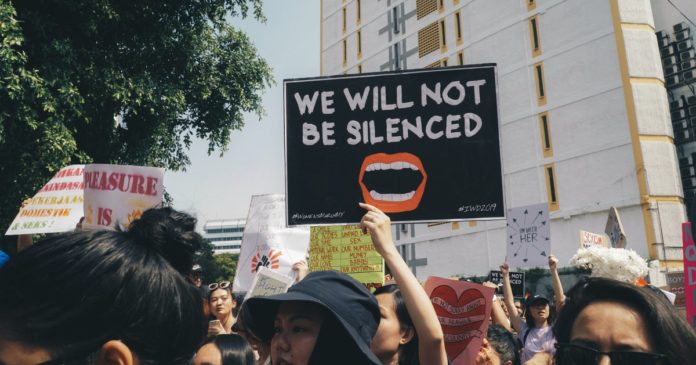 “Hahaha, Women.” You have come across that meme, haven’t you? Probably had a laugh, forwarded it to your homies, started using it in conversations to get a few chuckles and when a fellow female colleague finally called you out on the blatant misogyny behind that one liner, you brushed her off asking her to “calm down” because it was ‘only a meme’. But, if you take a step back and seriously think about it, was it really ‘just a meme’? Or was it actually a reflection of the male centric heteronormative, which goes on belittling women?

The term ‘misogyny‘ came into existence in the 17th century as a response to an ‘anti-woman’ pamphlet written by an English fencing master, calling women “crooked” and “a woe unto man”. Today, more than 300 years post the word’s inception, you would think that with mankind making progress in every other field, those views would have become obsolete and the gender disparity would be non-existent, but the presence of social media stars like Andrew Tate are a disturbing proof of the opposite.

A little about Andrew Tate and his views: Unless you have been living under a rock, you must have come across this name on the FYP of whichever social media platform you use, especially after his appearance on the Adin Ross podcast. Tate is a 35 year old English-American kickboxer who sells extreme misogyny and toxic masculinity disguised as a recipe for self help, pulling girls, making money and “escaping the matrix” for his mostly male fan base. According to Tate, ideas like women ‘belong in the kitchen’, ‘women can’t drive’ and that they ‘deserve to be treated as a man’s property’ are spreading like wildfire among the young and impressionable. He also believes that cheating and adultery can be overlooked in the case of men but not when it comes to women, and that while he is “not a rapist” he sure does like the idea of getting to do whatever he wants while engaging in any sexual act. He also expressed his belief on the fact that in case of a sexual assault, the victim should, and I quote, “bear some responsibility”. He openly talks about hitting and choking women, trashing their property and curbing their right to go out. All of these views seem cartoonishly obscure and wildly offensive, do they not? And given the current age that we live in and the awareness spread about gender equality and movements like #MeToo taking place, you would think that this would be the common consensus. According to the information on ‘Hustler’s University 2.0’, Andrew Tate’s online course (that propagates and preaches all of his views and beliefs) is sold at a cool price of $50 and has more than 1,27,000 paying members, bringing in a profit of $6.3 million per month to the alleged sex offender living in Romania. Under the Hustler’s University’s affiliate marketer program, Tate’s followers are taught to spread as many clips of him across social media platforms, (especially the most controversial ones) and to increase the user interaction in order drive up traffic and help him gain traction. This coordinated effort to manipulate the social media algorithm has led to Tate’s video having been watched a scary 11.6 billion times on TikTok alone. The worst part of this all? Tate rose from obscurity to being one of the biggest online presence in merely three months.

Three months. It took just three months for a woman hating, alleged sex trafficker to influence thousands of people across the globe with his radically misogynistic ideas and shoot to fame. It also took four whole years for Harvey Weinstein, the main instigator of the #MeToo movement to be convicted of his crimes and finally prosecuted. All such incidents make you wonder if we, the Gen-Z, are actually as progressive as we claim to be? Or are we still carrying the ill orthodox thoughts and beliefs of the past, which are just better shrouded as ‘dark humor’? Most of the times, a majority of us actually unknowingly contribute to this school of thought because misogyny has been perpetuated amongst all of us from a very tender age, and in the most subtle of ways.

Was your male professor who chose to delegate a task to the male class representative rather than both the girl and the guy just an introvert or was he being misogynistic? Did your boyfriend expect you to ‘just know’ how to sew and fix his shirt button a reflection of his dependence on you, or was it actually the deep rooted sexism and misogyny instilled in him coming to surface in the most undetectable nuances? If we delve deeper into this, it become exceedingly visible as to how specifically male engineered our society is and how there is a trace of misogyny in even the most well thought out and intended actions.

Over the years, most of our favorite TV shows and movies alike have marched right into these stereotypes and ingrained a sexist and misogynistic attitude within us. ‘Bunny’ in Yeh Jawaani Hai Deewani telling Naina that ‘girls like her were made for true love and not flirting’ reinforces the stereotype that hot girls are dumb and are not relationship-worthy while at the same time implying that smart girls like Naina weren’t hot enough to flirt with. Sexist much? Not just this, in Friends, Ross refusing to hire a male nanny for their child just because he was uncomfortable with him being a ‘man who is a nanny’ is peak misogynistic behavior which expressed the character’s view that only women were supposed to stay at home and look after children.

What can we do then? The only solution to this is educate ourselves as extensively as possible on this issue and actually implement it in our everyday lives. Most of us think that putting up a motivating post or commenting something pro-women makes them a feminist. News flash- it doesn’t. Till the intentions don’t leave the screen and manifest themselves in our everyday lives, this disguised misogyny is going to keep haunting the generations to come and give rise to more Andrew Tate’s and Harvey Weinstein’s who just see the existence of women as a vessel for male pleasure which thus leads to their unsolicited objectification.

Here’s How Beauty-Lovers Can Win $5,000 for Their Education

Talking to your child about college

When Should You Start Saving For A House?

Best Disability Insurance for Urologists: How to Choose a Policy

When Is the Next SAT Test Date?