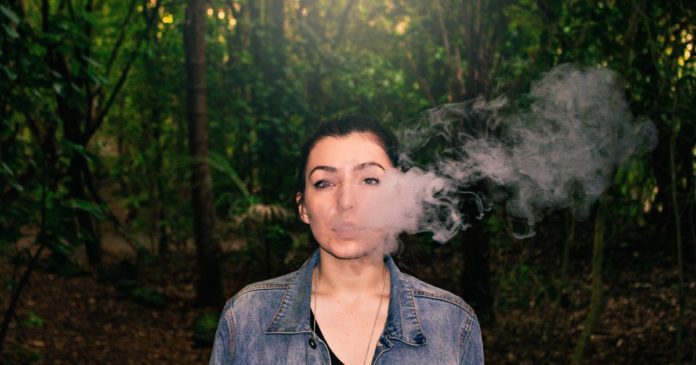 It’s hard to walk a few blocks in a college town and not stumble across a liquor store or bar. UCSB’s neighboring community of Isla Vista has three liquor stores within a five-minute walk of each other, and that’s not to mention the handful of bars, restaurants, and grocery stores that also carry alcohol. But, cannabis dispensaries are usually much harder to come by.

This may be due in part to the struggles and stigma surrounding the legalization of cannabis. Recreational marijuana is still not federally legal, and some still associate it with immorality and harmful and addictive drugs such as fentanyl. That being said, recreational cannabis use has been legalized in 18 states, each of which with its fair share of college communities. But even in these states, cannabis dispensaries are a rare find near college campuses.

So, is it time to open up cannabis dispensaries in towns near college campuses?

Based on demographics, it would seem dispensary owners would profit from opening up shops in college towns. According to a 2020 study, marijuana use among college students is at the highest level (pun intended) it’s been since the 1980s, with 44% of students reporting that they had used marijuana in the past year and 8% saying they used it every day. In addition, 18-29 year-olds constitute the age bracket of Americans that use marijuana the most. At first glance, it seems like opening dispensaries in college towns would be mutually beneficial for students and dispensary owners.

Another argument in favor of dispensaries in college towns is that students can get marijuana from a safe and trusted source. Products from dispensaries are sealed and labeled with the amount of THC and CBD each serving contains, making it easier for students to use marijuana if they so choose safely.

However, increased marijuana consumption by college campuses could lead to an uptick in DUIs and other health and safety concerns within the community. The legalization of recreational marijuana did increase the number of cannabis-related deaths due to car crashes; in 2000, only 9% of crash deaths involved cannabis, while in 2018, this number rose to 21.5%.

Marijuana use among students has also been linked to academic concerns. Studies show that students who smoke more marijuana end up skipping class more often and have lower GPAs than those who abstain.

The cannabis industry has become a rapidly growing one, yet it still remains at the heart of a heated moral debate. If it were up to the students, there would probably already be a dispensary in Isla Vista— after all, UCSB is ranked #10 in the nation for colleges that consume the most cannabis. Unfortunately, our generation doesn’t yet hold the position of power to decide on big changes such as this. Perhaps only time will tell whether cannabis dispensaries become normalized in college towns.

How to cure your back to school blues

4 Tips for Writing a Stand-Out Why UChicago Essay

Best Questions To Ask During Truth Or Drink

How Long Does It Take to Get SAT Scores Back?

BA/MD and BS/MD Programs in the US

5 Anti-Diet Culture Podcasts To Listen To

When Is the FAFSA Deadline for 2022? Federal and State