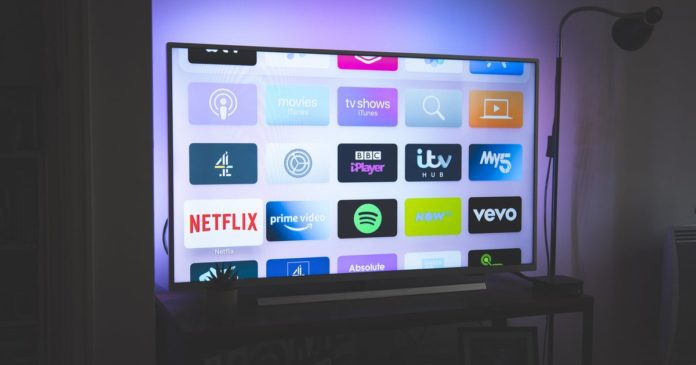 Documentaries and fictionalized mini series about grifters seem to be Hollywood’s newest trend. From the Fyre Festival to Anna Delvey, these shows are illustrating how con artists operate and the consequences of their actions. Let’s dive into why they’re so popular and what we can learn as viewers to avoid falling prey to grifters in real life.

What is a Grifter?

Mirriam Webster defines a grifter as “a pickpocket, crooked gambler, swindler, or scammer who acquires money or property illicitly”. In other words, grifters are con artists who take advantage of their charm, confidence, and wit to deceive others. If you ever feel the need to ask yourself is this random person’s pitch too good to be true? When interacting with total strangers, this kind of gut feeling suspicion might be a sign that you’re encountering a grifter.

Usual clues in identifying grifters include the display of white man confidence, unsolicited promises that deliver no results, elaborate stories fabricated in the grifter’s attempt to convey truthfulness, favors in loans and an uncomfortable persistence (they usually don’t take no for an answer), to mention a few. They wear the motto “fake it till you make it” as an honorary badge, targeting anyone from the elite to the most vulnerable people in society. They can appear to have a “career” in a variety of fields such as the business, arts, literature, real estate, and wellness industries. One notorious grifter throughout history is Charles Ponzi, an Italian swindler and con artist whose criminal record helped coin and define the Ponzi scheme. Another infamous grifter is Frank Abagnale, Jr., whose autobiography was adapted into the movie Catch Me If You Can, starring Leonardo DiCaprio as the dodgy protagonist.

How Are They Depicted in the Media?

There are two main types of grifters depicted in the media: the first category includes the grifters who use their scamming abilities to help others. Shows like Leverage, White Collar, Psych, Burn Notice, and Lupin serve as examples to prove the mostly benign intentions behind their crimes. The other type of grifter is the most common, and it is made up of individuals who scam others for their own self-interest. Focusing on the latter, we have seen a recent boom of documentaries and miniseries that depict the crimes of real-life con artists.

In 2019, we were presented with two documentaries narrating the events of the Fyre Festival. It was the ultimate party that never occurred, founded by Billy McFarland and rapper Ja Rule. This exclusive event was promoted on Instagram by social media influencers and models, scheduled to take place on the Bahamian island of Great Exuma. What resulted was an array of problems surrounding the lack of security, food and beverages, accommodations and medical services in the event, as well as the cancellation of musical performances, utter mayhem, and the ravaging of the island grounds by the guests who attended. After several lawsuits, McFarland pleaded guilty to one count of wire fraud and a second count to defraud.

Similarly, the 2022 miniseries Inventing Anna depicts a fake multimillion dollar scammer “heiress”, known popularly as Anna Sorokin or Anna Delvey. The Russian-born German fraudster captured the attention of the New York art world by deceiving major financial institutions, banks, hotels, and acquaintances into believing she was a high status individual. The show displays her lies, her eccentric behavior, and ultimate incarceration. Her long-term scamming spree resulted in her being convicted of attempted grand larceny, larceny in the second degree, and theft of services.

Another grifter capturing our attention recently is the former biotechnology entrepreneur Elizabeth Holmes and her infamous company Theranos. This egregious business claimed to have revolutionized blood testing by developing a method that could analyze diseases through a small quantity of blood taken from a finger prick. Her accolades included impressing powerful individuals and having published several featured articles in magazines such as Forbes. Just like Icarus, she flew too close to the sun, which ultimately led to her inevitable downfall. Her deceitful lies are narrated in the recent Hulu mini-series, The Dropout. Other shows and movies that explore real-life grifters and con artists include: The Wizard of Lies, The Tinder Swindler, LuLaRich, WeCrashed, The Eyes of Tammy Faye and The Way Down.

What We Can Learn

Part of our fascination as viewers is wondering how they got so involved in their scams ー including their seemingly-increasing severity and length ー without getting caught. If the con befalls upper class individuals, we feel satisfaction knowing that nobody is immune to lies. Alternately, If middle or lower class folks are affected, we may feel gratitude that we were not the victims. Mostly, I think we can all agree that we feel at ease knowing that they can get caught and that justice can be served. As audience members, we may feel like detectives trying to understand how exactly people fall for these tricks. Manipulation places a major role on how grifters operate, as their victims  don’t realize they have been caught in the trap until they are in too deep.

We should be asking ourselves: are these shows and movies helpful for viewers, or do they give these deceivers a platform to cement their legacy? I would say that the answer goes both ways due to this type of media belonging to a gray area of sorts. On the one hand, it can serve as a guide on how not to fall for a grifter’s trick. On the other, the examples it depicts can act as guidelines for people looking to scam others. They may also help remind us that this world is not innocent. However, although we definitely shouldn’t live in constant fear, we must be cautious of people who want to cause us harm, regardless.

Will our obsession with grifters end anytime soon? Although unlikely, it’s still important to remember that no amount of charisma can help keep up a lie forever. Just like any poker player, grifters always have a tell. A valuable lesson we can learn from this media is that, when we’re dealing with sketchy people, it’s important to listen to our gut (namely, those pesky red flags). We can take the ideas presented by suspicious individuals, use context clues such as their body language and verbal cues, and investigate if their promises have the potential to truly add up.

Having a healthy dose of skepticism, asking questions, and taking our time before making a rash decision will help us fend off grifters. Most importantly, do your research and gather evidence if you feel you have fallen victim to a scam. Reporting grifters’ crimes can help fewer people become victimized in the future.

MIT vs Stanford: Which University Is Better?

The Best Foods To Eat Before A Test

The Best Small Colleges in the United States