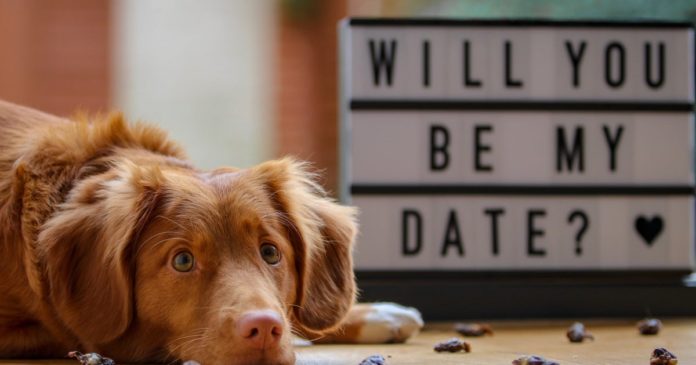 *Disclaimer: In no way is this meant to be offensive. This is an opinion-based piece based on a popular TikTok trend*

TikTok trends are cycled in order to keep the views and attention of users. Those on Tiktok are put onto different niches on their FYP (For you page), but many users might be familiar with videos about the similarities between a guy’s personality type in comparison to dog breeds. So, expanding off of this TikTok trend, and the term “Golden Retriever Boy,” we decided to dig into numerous breeds and the different personalities that appear on a college campus.

I may be biased, but golden retrievers are the sweetest, most well-trained, and adorable dog breed. Similarly, golden retriever boys at CU tend to get along with almost everyone. This rare breed of men are happy-go-lucky boys who are friends with their professors, have no problem being lab partners with a stranger, and are fan-favorites during mom weekends. Shout out to the class clown, non-problematic frat bros who, like golden retrievers, never fail to make me smile.

A notoriously energetic dog breed, labs bring a chaotic energy to any dog park, or house party, many adore. Boulder boys who remind me most of labs are the ones who never say no to a dare. These boys, while almost never sighted on campus, more often than not make their mark on the Barstool Buffs Instagram. They belly-flop onto tables, do backflips off of roofs in the winter, practice parkour on the Hill, and most likely receive worried phone calls from their moms weekly. The lab boys are the only people who can honestly claim they do their own stunts.

It would only make sense to compare police dogs to college men who are big supporters of the military. Like German shepherds, ROTC boys are bred for loyalty, combat, and patriotism. Not to be messed with, these boys are tough, punctual, and are almost never seen in civilian clothes. Not only can they do more pushups than any of us, but I’ve heard they’re some of the few students allowed to use the high dive at the rec center.

Anyone who goes to Boulder knows a large number of college boys are gym rats. Running off of pre-workout, protein powder, and pure testosterone, this breed of men is much like threatening Pitbulls. But don’t be fooled, these meatheads, much like Pitbulls, have a bad reputation and usually are giant teddy bears.

Every college friend group has the one guy who puts everything into his college experience. Whether a first generation student, studying for med school, or simply loves school, these guys can be compared to dobermans, who are stereotypically strong willed. You go boy!

Chihuahuas are tiny but mighty, just like college boys who go to parties but never to class.  You’ve probably never seen this guy on campus, but don’t be surprised when he shows up on the day of the final exam and makes a huge scene with the professor.

Both yorkies and hype-beast-type boys have one thing in common: they care about their appearance. The college boys who I would characterize as yorkies are put together. They wear name brand outfits, Virginity Rocks, Off White, and always have cologne. They really make college a fashion show.

When I think of a dalmatian, I think of the movie One Hundred and One Dalmatians, and can’t help but associate the breed with music, art, and fun. So, it probably comes to no surprise that dalmations also remind me of the artsy boys on campus. Always dressed for the runway, usually with lots of jewelry and dyed hair, these art guys are super relaxed and seem to get along with everyone. Who wouldn’t want to be friends with a dalmatian boy?

You might have heard the term “mom friend,” but have you heard about dad friends? These are the types of guys who are down to earth, fans of dad jokes, and can cook a mean meal if need be. This guy will make fun of you but is also concerned about your well-being. The sheepdog would most likely still be an independent guy and refuse your help, but their stubbornness won’t stop them from being a good helping hand when needed.

These two breeds may be quite different, but have similar stereotypes as those of diehard skiers. Both Aussie and border Collies have a bit of a slight attitude, but these athletic individuals love to hit the slopes all day. These individuals may be chill, but if their snow day is canceled, expect to hear some (understandable) rants coming your way.

These guys aren’t hard to miss, especially on dating apps such as Tinder or Bumble. The French bulldogs will usually have in their bios a certain pickup line that is something along the lines of “I bet you can’t outsmoke me.” These individuals may be a bit quirky and may dabble with Mary Jane, but who knows if they actually have a high tolerance!

These boys, just like their dog counterparts, are independent. The typical English bulldog is the type of dude to only have a rough idea of how to do laundry because his mom still does his. This breed is comfortable shopping for groceries, but only if he goes in a group or with one of his close friends. You’ve never really seen him cook, but you possibly wouldn’t put it past him to only survive off of College essentials like Ramen unless he visits home.

This particular breed is known for their habit to keep to themselves but still uphold the impression of having extreme social skills. The pug type of guy gives off the feel of being quiet, but somehow is still able to pull and gain some attention from others without even trying. You might find these pug guys in a medium sized group of skaters trying all different varieties of tricks on skateboards. Here at CU, you may find them at the parking lot of Farrand Field.

These dogs may be of small stature, but that doesn’t mean these types of guys are the short kings. The wiener dog is most definitely sweet and friendly, but is a fantastic listener. He may very well be your lab partner in class who introduced himself once, but you can never remember his name. Despite not knowing his name, somehow the two of you work together well on projects, and he seems to know roughly what he’s doing.

Alright, so you may have the stereotype of huskies stuck in your head already. But, the husky guy loves to hit the slopes on his snowboard and is most definitely a yeller when going down as fast as possible. These guys can’t get enough of the snow, and make sure to bundle up as much as possible. We’re not really sure where they get the energy to go all day snowboarding and have endless conversation, but they keep it going.

This specific breed  would be the frat legacies, and no one can convince me otherwise. The poodles walk around campus flaunting the fact that they were favored by fraternities simply by the fact that their family member belonged to that specific fraternity when they were in college. They may always have a backwards baseball cap on along with a polo shirt, and if you’re lucky you may see them coming back from the golf clubhouse with their golf bags hung over their shoulder. These guys may be sweet, but it’ll take time to get to know them personally after they conform to fraternity culture.

College can be an intimidating mix of all types of people, but if you think of campus as a huge dog park and boys as different breeds of dogs, class may be more fun. What is your favorite breed of boy?

Five Songs I am Currently Loving

Gas Prices Are Cheaper Than This Time Last Year