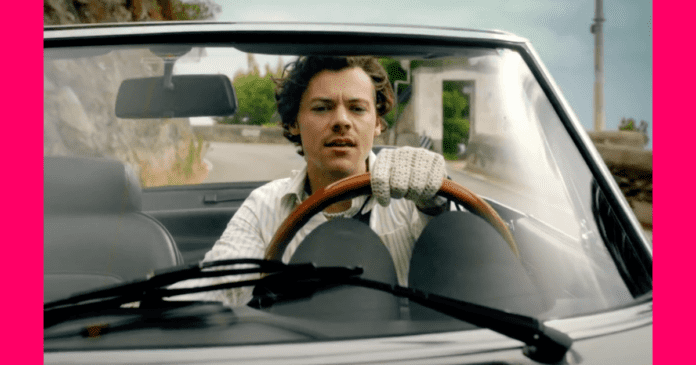 Calling all Harry Styles fans! I’ve had three months to fully digest and analyze Harry’s House, track by track, and I must say it’s some of his best work. Joni Mitchell, one of the most highly regarded and influential singer-songwriters of the 20th century, shared she loved the title of his album, as he paid homage to a song on her seventh album. As with any Harry Styles album, it is damn near impossible to select a favorite song, so I’m going to share my thoughts about each of his new songs because I love them all and can’t choose just one to talk about.

music for a sushi restaurant

Trumpets are not used enough in music today, and I think using them in this song makes it such a fun and exciting opening track. Harry said he got the idea for this unique title after hearing one of his own songs in a sushi restaurant and thinking it was a strange setting for that particular song to be played. Also, can we all agree Harry is the king of ad-libbing? Listen carefully and I’m sure you’ll agree!

This song is very deserving of being the album’s second single. It makes me think Harry is the perfect example of a loyal, adoring boyfriend: singing he “just wants to make you happier, baby” (even though a couple of his songs mention infidelity, but he is just the epitome of an Aquarius). “Late Night Talking” was one of three songs from his new album which he performed at Coachella before the album’s release, so it’s probably the most well known song aside from “As It Was.”

Even though “Woman” and “She” tell different stories than “Grapejuice,” it has the same vibe as the other two. Gritty guitar and strong beat thumping, this song sends the lovely message of what it’s like to mature and to appreciate what’s right in front of you. There’s a line in this song where Harry sings that he’s “so over white’s and pinks,” referring to wines, but something makes me think this song also means he’s over whoever his first album, Harry Styles, is about, since that album is very much white and pink. Coincidence? I don’t think so.

The earth shifted on April 1st, 2022, as Harry Styles announced that he was releasing a song from his new album coming out on May 20th. “As It Was” was played on radios around the world, and a new era had begun. I think this song was Harry coming to terms with change (which he says he’s never been a fan of in “Late Night Talking”) and allowing himself to fully embrace a musical direction he had not taken yet. This song has a beautiful music video, wonderful message, and is a warm welcome to Harry’s House.

You would think “Little Freak” would be hypersexual and have a total rock sound according to the title, but it’s actually one of the more melancholy songs on the album. Through his lyrics, we discover that even Harry Styles is no stranger to karma, and he sings about what it’s like to suddenly lose someone he cares about deeply due to his own actions. However, because his sad songs are criminally underrated, I’m not mad this bop is so sad.

I’m sure all avid listeners of this album will recognize “Matilda” as the saddest on the album, but the message is very meaningful. Harry sings again about change and the hardships of growing up and learning to do things on your own. As you can probably guess by now, change is a recurring theme on Harry’s House, so perhaps “Matilda” is really just Harry growing up? I should ask him.

This track is ad-lib central! And in terms of lyrics/themes, “Cinema” is the “Woman”/”She” of Harry’s House. In terms of genre, this song matches the ‘80s synth-pop/funk vibes. Sultry and mysterious, the lyrics shockingly reveal Harry doesn’t think he’s cool enough to be with this girl and she probably just thinks the sex is great. Where do I sign up to be her? Just kidding. 😉

I’ll keep this one quick, just like the song itself. Essentially, this song is about Harry constantly thinking about the last night he spent with someone since leaving her because it was so real and intimate. Good for him. Good for her. I digress.

Drumroll, please! We have arrived at my favorite song on Harry’s House. This was the first song I memorized, particularly the iconic bridge that’s been catching a lot of heat from fans outside the US. Even though the tune is relatively upbeat, it’s another melancholy song which describes a relationship slowly starting to fall apart, but neither person involved wants to let go of the other and would rather suffer in silence. I feel like the song describes a very real-life situation a lot of people go through. He’s so real! I’m definitely getting a lyric from this song tattooed on me.

This track reminds me a lot of the sound of One Direction’s fourth album, Four. Harry’s going crazy trying to communicate with this person, but they keep distancing themselves. He has a real knack for making sad songs sound so fun and airy. This song must be one of Harry’s favorite tracks on the album, because he’s been jamming out to this one on his tour!

Not only were we lucky enough to hear “Late Night Talking” during Harry’s Coachella performance, but we were also blessed with the debut performance of “Boyfriends”. This is one of his sadder songs, which is  pretty obvious once you hear the slow acoustic guitar in the beginning. This is a beautiful song so many people relate to about what it’s like to stay in a relationship no matter how poorly one has been mistreated by their partner. I love Harry’s voice in this song; it’s very soft and soothing.

love of my life

Harry’s House  comes to a close with this track. When the album first dropped and I saw that “Love of my Life” was a song title, I expected it to have Queen vibes (as they have a song with the same title), but it has a much different sound and message. Harry sings of what it was like to garner so much fame so quickly and leaving his home and family to pursue his dreams. The “love of his life” isn’t just anybody – it’s England, and it’s honestly refreshing to listen to a love song about a different kind of love.

This album is AWESOME. I could write a freaking dissertation on it. Every time I think Harry Styles can’t top his last work, I’m blown away by the creativity and storytelling in each song. If a song is lucky enough to be accompanied by a music video, I get a little glimpse of how Harry imagined each song in his head and how amazing a performer he is…so I bought tickets to go see him. Again. It’s becoming a problem.

The Complete Guide To Perfecting Your Resume

Decorating A Dorm Room Is Good For The Soul

The Art of Gratitude | Her Campus