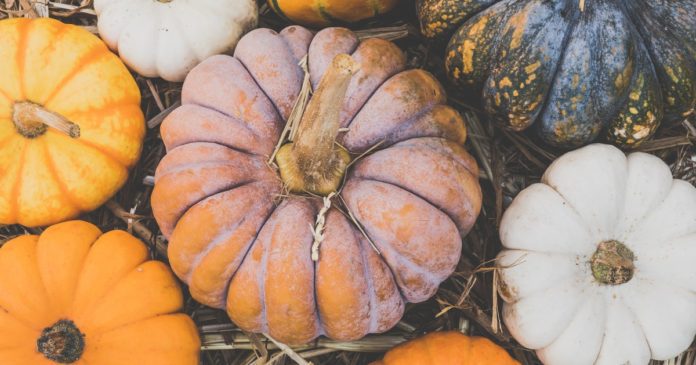 A strand of cars lined up outside of the subdivision, Abbots Cove. The bright red brake lights overflowed the turn lane leaking onto the single lane road. The neighborhood had dazzling splashes of red, white, and green while the lyrics “He’s making a list, He’s checking it twice, He’s gonna find out, Who’s naughty or nice” entertained the cars as they slowly waited to make their way through the decoration show the neighborhood had displayed. Inside each car was a cozied up family drinking hot chocolate and admiring the Christmas scenery. Although it is nearly impossible not to be lured into Atlanta’s full blown North Pole during December; the cars just so happened to be driving through Abbots Cove at the beginning of November. Turkeys haven’t even been stocked at grocery stores yet for Thanksgiving and people are already hogging up the road for a Christmas neighborhood light show.

Though Christmas spirit is contagious, various qualities of Thanksgiving are clearly overlooked. Where’s the appreciation for the smell of cornbread being baked in the oven? The glossy brown front door opening wide allowing for the sweet red smile of your grandma carrying her homemade pumpkin pie. Before the pie can even be set down, her sensational hug fills you with love. The generations of hands working together in the kitchen to make the perfect dinner spread. Your younger brother, whom you never get along with, is helping you set the table for once. The entire family called into the velvet red dining room to say a prayer before the feast. While lowering your head in prayer, you glance around the room to see joyous smiles eager to spend the evening with each other. Bread rolls are passed around the table while laughter fills the room. The best family stories are told to embarrass you while also making you feel loved at the same time. Apart from eating until you resemble a round, plump pumpkin, Thanksgiving serves an important role in Americans’ lives. The holiday embraces appreciation amongst communities and families. Though only one day, it is an emblem of how family should always be cherished.

Personally, being trapped in the cinder block walls coated with a musty yellow paint while the smell of weed crawls uninvited through the crack of my dorm door makes me especially appreciative during Thanksgiving. Although, as a kid I hated seeing that stupid black crockpot my mom set on our white kitchen counter top, I have now become thankful for the homemade meals it cooked. It might have tasted like absolute garbage back then, but anything beats the soupy taco meat Pittman Dining Hall provides on Taco Tuesday. Thanksgiving allows me to be appreciative of the things I had growing up that I don’t get the privilege to have in college. It is a day designated to enjoying the qualities of life, because one day you will be packing up your small white car and waving bye to your family standing at the end of the driveway while you’re headed to a school with only an Ingles and Waffle House on the exit. Yes, Christmas is an exciting time of year, but don’t overlook Thanksgiving.

Whereas Christmas your younger brother feels threatened by the elf of the shelf sitting on the brown wooden book-casing evaluating his every move for Santa, Thanksgiving is a day dedicated to good deeds out of love without the need to impress others. Christmas causes your sibling to let you pick the t.v. channel in order to get that fancy new iphone on the morning of December 25. But the day of November 24, is fully dedicated to acts of love and appreciation. A t.v. remote handed to you, because your brother knows you have been away at college with only a laptop to watch Mean Girls on.

I understand the need to compete with neighbors over whose yard has the flashiest lights or biggest blow-up Santa. However, the effort that goes into outdoing your neighbors with extreme Christmas decorations overshadows the entire concept of Thanksgiving. A holiday about togetherness. This is a cry for help! Thanksgiving is a special time of year for plenty of food and quality family time. Instead of being grateful, people are overcome with the materialistic essence of Christmas wish lists. The time will come for extravagant garland and twinkling lights, but for the sake of turkeys and pie, wait until December to indulge in the holiday spirit.

My Most Played Songs of the Summer

A WAY OF CELEBRATION

How to Prepare for the New Semester

When Will Student Loan Forgiveness Get Unblocked? It’s Unclear

Are Physician Loans a Good Idea? 7 Downsides to Consider