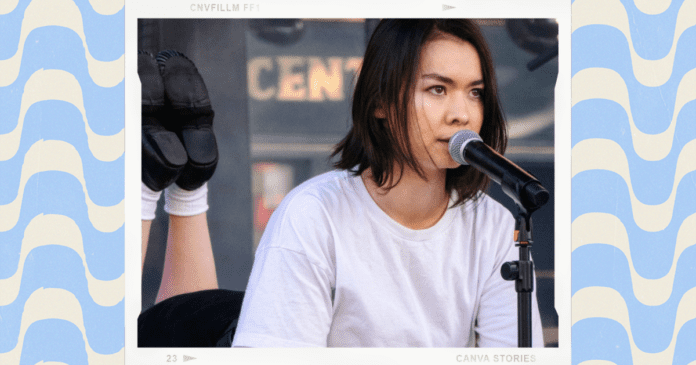 “Creeping around on the side might not be something you would do… [Being] his Bonnie on the side, makes me a sad, sad girl.” The sad girl archetype, as sung by Lana del Rey in — you guessed it — “Sad Girl,” is a concept that’s relatively new in pop culture. Although it has a simple (and self-explanatory) name, the term was coined as a way to honor women who are struck with especially complex emotions, oftentimes related to self-worth, loneliness, and heartache.

More than these inner turmoils, though, being a sad girl has turned into an aesthetic with a deep soundtrack to  match — one that has solidified itself into a subgenre known as sad girl pop. With thoughtful songwriting, stripped-back instrumentals, and moody vocals, sad girl pop tackles themes like vulnerability, rejection, and insecurities with a rawness and rage that hits the mark for women who feel misunderstood.

To a generation like Gen Z — which makes up for most of sad girl pop’s listeners — this catharsis is important. We have the reputation of being the loneliest generation so far, so to be heard through music is powerful. And, if sad girl pop has one aim, it’s to feel deeply and unapologetically — a message that, among listeners, seems very well liked.

But, sad girl pop does look a certain way. Meaning that, from the outside, all the sad girls seem white, thin, and almost formulaic. With white singers like Billie Eilish, Lana del Rey, and Phoebe Bridgers at the forefront, are women of color being excluded from the sad girl pop phenomenon?

You don’t have to think very hard to name a woman of color whose artistry fits into the sad girl pop trope. I’d argue the monumental exposure that sad girl pop has gotten on TikTok over the past two years was led by women of color.

Take Mitski, for example. A few swipes on the FYP and you’re bound to hear a song of hers at least once. Hits like “Nobody” and “Washing Machine Heart,” both fan-favorites from her album Be The Cowboy, helped her garner 10 million monthly listeners on Spotify, even during her two-year hiatus.

With her sad lyrics and fast-paced combo on the platform, Mitski left users that were new to this style of music wanting another taste of her complex discography. Her tact for describing vulnerable themes in her lyrics is undeniable, touching on loneliness, rejection and feeling unloved. Sound familiar? Although the singer herself has denounced the genre — “Let’s retire the sad girl shtick!” she said in an interview with Crack Magazine — her impact has elevated it unarguably.

SZA’s brilliant 2017 record, CTRL, has also been a popular sad girl pop pick. Tunes like “Normal Girl” and “Drew Barrymore” mean more than just songs to cry and be sad to. She discusses the experience of Black women with love and femininity in verses like, “Wanna be the type of girl you take home to your mama / The type of girl, I know your fellas they’d be proud of,” and “I get so lonely I forget what I’m worth / I’m so ashamed of myself, think I need therapy.”

This same sentiment is also shared by FKA Twigs in “Mirrored Heart” when she sings, “Did you want me all? / No, not for life / Did you truly see me? / No, not this time.” And in Japanese Breakfast’s “The Body Is a Blade,” the lyrics go, “Calling it off, our hoax of trying / What’s this place if you’re not here?”

All these songs have been streamed over and over by fans during times of heartbreak, sadness, or even to just catch a vibe. So why haven’t these artists been truly seen as a part of this sad girl pop genre?

According to a 2021 study led by Annenberg Inclusion Initiative that looked at artists on the Billboard Hot 100 Year-End Charts from 2012 to 2020, almost half of the artists were from underrepresented racial and ethnical backgrounds. The same research led by Annenberg Inclusion Initiative found that, from 2012 to 2017, only three out of nine female songwriters in the industry were women of color. In addition to that, in all but one category, women of color were less likely than white women to be nominated for a Grammy award — which means this lack of representation isn’t something exclusive to sad girl pop, but part of an issue much broader.

The thing about the sad girl aesthetic is that it goes a lot deeper than music. On the internet, it has been transformed into a subculture that promotes antiquated ideals of femininity exclusionary to anything except the white and westernized “standard.”

If you look at sad girl pop right now on social media, you probably won’t find a whole lot of range in terms of skin color, body type, and ethnicity. It’s the same old lack of representation repackaged into a new model.

And so, although women of color have been a part of the sad girl pop movement for a while and have revolutionized the subgenre with their own personal experiences of racism and microaggression, they have still been excluded from the narrative because they don’t fit into the idealized aesthetic and mold of a sad girl.

As women of color embrace the feminine sadness of sad girl pop, it should be read as a way of resistance: women of color artists are here, and they will be heard.

An Ode to Google Calendar

The LinkedIn Culture: blessing or a source of fatigue?

What Test-Optional Colleges Aren’t Telling You

How Does Student Loan Interest Work?

Why Your Interests Matter in the College Admissions Process