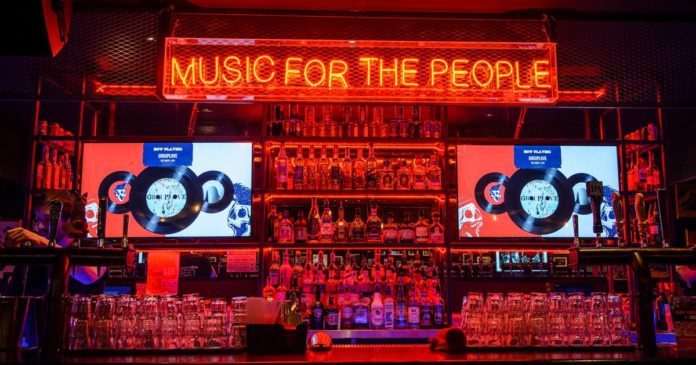 2020 was a redefining year for all aspects of society: from re-imagining an online school platform, a solidified dependence on the digital world, to purely being isolated for months on end. One significant impact in the music industry was the comeback, or some might say the Genesis, of Hyperpop.

A simple Google definition of “Hyperpop” doesn’t have a succinct definition as more popular genres such as Rap or Pop. The genre is described on various platforms as “abrasive, metallic, industrial, textured, aggressive, exaggerated, rowdy, experimental”. Its initial creation was coined by Glenn McDonald, in an attempt to contextualize the growing traction surrounding the duo named “100 gecs”, and the scene of like-minded musicians who seemed to be forming around them. While this genre or style of music may not be for everyone, I think analyzing its abrupt popularity speaks to modern culture today.

In general, technology has continuously been more and more incorporated into our lives. Specifically, the rebirth of Hyperpop shows the extent to which technology has influenced today’s youth and perhaps the future of music. As a result of quarantine and isolation, people were face-to-face with computers for hours on end. It thus became more accessible to use technology for creative mediums rather than having to do lessons for the same result. One no longer needs to go through tenuous guitar, piano, and drum lessons, or be constrained to the monetary aspect of finding and hiring a production team. People with creative desires now have a space where they can freely express themselves without the traditional journey into the music industry. Even releasing music is much easier with platforms such as Soundcloud, Tiktok, Spotify, Youtube, etc.

Artists like “glaive” started their music careers in quarantine, gaining traction expressing his teen frustrations in his music. Many of these artists are quite young, and to see them progress over a few short months has been a joy to see. Glaive, who just started his music in 2020, has already been signed to Interscope Records.

I think Hyperpop will remain a significant genre for people who enjoy the intricate and unique sounds unlike anything in the pop genre today. In not specifically restraining the genre to a particular definition, Hyperpop can transform into whatever these groups of artists are “artistically feeling”. Glaive, one of my friends and my favorite artists, is already showing the flexibility of the genre. Much of our discourse has surrounded his musical career in which we discuss how his music has changed over the short course of a year. According to my friend (@ro11star on Tiktok), his original releases had “crunchy” audio with rougher, autotuned vocals. In comparison, the most recent releases on his EP “all dogs go to heaven” include more incorporation of drums, clear vocals, and slight rock and rap aspects. These slight switches could have been made for a multitude of reasons: appeasing the record label, appealing to a wider audience, or purely for creative desire.

What makes this genre unique is that it truly celebrates individuality and is not restrictive to any age, race, or gender identity. A recent press release for an upcoming EP by the highly talented artist, midwxst, discouraged critics from tying him to Hyperpop: “He’s part of this group of young kids leading this new subset of music . . . [but] he’s definitely not boxed into the hyperpop sound and on his new music he flows beyond the genre.” Ironically, most artists mock the attempts to define the genre as well. They tend to appreciate the boundarylessness and stand for its “anti-territorial” nature.

Here’s a list of my recommendations to get you started on the genre:

Popular artists have experimented with these techno-sounding backings such as Charli XCX, Whethan, and Rico Nasty. Even popular shows such as Euphoria have included snippets of Hyperpop, increasing listeners overall. I think its presence and popularity have much to say about the state of youth culture as a whole, and its phenomenon will undoubtedly be addressed in times to come.

UCLA Acceptance Rate and Stats: What it Takes to Get In

How To Get Into MIT –

DISMANTLING THE HIDDEN MISOGYNY IN OUR WORLD

Love is Blind: The Mirror Within Us

Health Issues to Look Out For in College