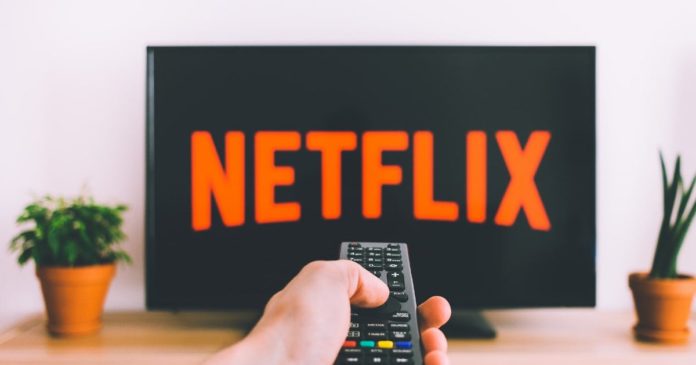 “Is love truly blind?” These are the words recited on and off during the course of Netflix’s biggest breakout reality dating TV show called “Love is Blind.” In this reality show, we’re presented with six female and six male contestants, each of which undergo a variety of speed dating sessions in which they have to find “the one” and ultimately commit to each other after being proposed to. However, there’s a catch! These contestants can never, ever, see one another physically during their time in the show. The contestants are separated into different rooms, also known as “pods”, where they’re able to communicate through walls and build connections with each other. In their mindset, the goal of the show is to find out how relevant physical attraction is as a factor when it comes to choosing a partner for life. But unbeknownst to us viewers, Love is Blind presents an obsessing cycle of mirrors that reflects our own entertainment-driven voyeurism.

Love is Blind is not afraid to show the genuine side of each of the contestants while the cameras are rolling. When you have such a large scale of individuals who are all fighting for one purpose, the challenge becomes all the more entertaining to watch. As viewers of a reality TV show, we may enjoy watching particularly distressing moments that members of the cast experience throughout the episodes. However, this reality show can hit a bit deeply for some, because at the end of it all, they’re all looking for something that most of us look for as well: love. Not a superficial or short-lived kind of love, but the real kind. These people are not fighting for money or for a prize; they’re fighting to find a life partner in which they can trust and live with for the rest of their lives.

Marriage, at least in the case of Love is Blind, can often seem as delusional as it goes because you’re literally taking the biggest leap of faith in your life and hoping to gain something out of it. While doing that, contestants must have in mind that whoever they think they have a special bond with inside the pods perhaps doesn’t necessarily reciprocate their feelings. Inevitably, some contestants will wind up as alternate engagement options. But all of this is often ignored in the contestant’s mindset during the show because, just like us human beings in real life, we pretty much regularly ignore the red flags after talking to someone through a dating app. In this day and age ー within the context of interacting with someone we find physically, sexually or intellectually attractive ー it’s all too common to find ourselves somehow driven to meet up with a complete stranger we just met thirty minutes ago. Our lingering thirst for wanting to seek love for what it is causes us to go to extremes, just as Love is Blind counterbalances the desire for wanting to get married despite the obvious warnings.

The driven desire of wanting something so much, like marriage, can be dehumanizing and cruel for viewers to laugh at and use for their own selfish enjoyment. Throughout the show, these people are often placed in positions where their rationality is put to test and their distress becomes a subject of entertainment. In the show, the only way to ever possibly see your partner physically is by choosing each other and proposing to one another (by popping the question through a wall, no less!). After having seen each other for the first time in person, the couples are forced to undergo life outside the walls for forty days before their wedding day takes place. Through the course of those forty days, everything can change and contestants might find out that the love they once shared inside the pods may not be quite the same as they thought it would be. The heartbreak and grief that some of these people endure throughout the show to make a relationship work attracts a large audience because most of us audience members, quite frankly, feel an impulse to watch these events unfold due to our unconscious voyeuristic tendencies. We’re infatuated with the idea of watching relevant topics such as love, race, gender, height and/or age difference, sexual orientation and sexuality fuel the battle within the contestants in order to satisfy our own desire for amusement. The discomfort that these participants undergo throughout the show holds a mirror to our very own struggles of wanting to feel, to some degree, loved despite all of our flaws and faults. And I believe that’s what makes this show one of the most groundbreaking ones in recent years, especially for a reality show. The more substantial and legitimate it looks, the more relatable it becomes to its audience.

Love can certainly be blind, without a doubt. Just as the echo of our own image stares back at us when we look at the show right in the eyes and become its friend. We may feel familiarized with it to some extent because love is generally acknowledged as universal and omniscient. The longing for love and the desire to thrive within a relationship (both romantic and platonic), in all of its stages, is something we all want to achieve at some point in our lives. Conceivably, Love is Blind shows us this very truth: despite being something we will always seek for, love will eventually find us in one way or another.

Do You Need ACT Scores to Transfer Colleges? A Guide

Why You Should Apply to UCSB’s Professional Writing Minor

A Guide to Dating Apps