Most of us are familiar with the U.S. presidential elections that are held every four years, but midterm elections, those that occur at the halfway point of a presidential term, can have just as big of an impact on the direction of our country.

The outcome of these elections is so important because the majority party determines who leads important congressional committees, and if a president’s party is not in control of both houses of congress, it hinders their ability to accomplish the agenda they set out to tackle.

While we may not all be happy with the outcome of this year’s midterm elections, there are certainly some things and people that made history this year that can leave us (especially Gen- Z) moving forward in a positive direction:

Twenty-five-year-old Maxwell Frost is the first member of Gen-Z to be elected to Congress. With much life to give, he is setting the stage for a new wave of leaders to step up with their own perspective to Congress, whose average age is 58.4.

Democrat Kathy Hochul will be the first elected female governor of New York, winning a full four-year term to the office she took last year after Gov. Andrew Cuomo resigned.

Democrats Tina Kotek from Oregon, and Maura Healey from Massachusetts, are both the U.S.’s first outed Lesbian members of congress after they were both elected to office.

From Illinois, Eric Sorensen’s win makes him the first gay Congress member of his state. 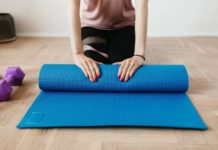 GRIFTERS EXPLORED THROUGH A MEDIA LENS

8 Things That Have Been Keeping Me Afloat Lately

How to Buy a Home During Residency

Just What Is Going on With College Admissions?