Colleen Hoover is all the rave in the young adult book world. I know that I personally have found myself swept up into the reading storm that she has created. I haven’t read all of her books but the ones that I have either left me in tears of joy or sorrow, with no in-between.

My favorite Colleen Hoover book would probably have to be “It Ends with Us.” Though it may be the most popular book she has written, it has gained that popularity for a reason. Without spoiling the book, the way that she writes and makes you fall in love with her characters is unmatched. She rips the rug out from under you and almost completely convinces you to forgive everyone for some of the most unforgivable things. I can’t believe I would even consider forgiving these actions, which just proves that her writing is extremely well written.

The most recent story I read was “Heart Bones”. It is probably the least engaging book of hers that I have read. I liked the suspense I got from it, and it still did get those tears at the end, but I think this book is very different from the others that I have read from her. She took a different approach with the main character than she does in the majority of her other books; I think the disadvantaged approach she took with the main character shows the complexity of her writing style and ability to portray characters of all backgrounds. It does have a twist at the end, as most of her books do, but it is one of the more predictable twists.

The next book I want to talk about is “Regretting You”. This book is next-level engaging. A mother exploring her life and where she went wrong. The ultimate betrayal portrayed in this book is expected but unexpected all the same. This betrayal is hinted at throughout the book, but you never would think that it would actually happen. You also get the perspective of the teenage daughter throughout this story and the conflicting viewpoints are what makes the book so unique. I will say that I found myself angry with the mother when she kept the truth of this betrayal a secret, but I understand why she felt the need to. In the end, I think that the story comes full circle and is extremely well written.

Lastly, I want to talk about “Ugly Love”. I love books where there is a secret that needs to be discovered throughout the story. This book was very mysterious and the leading man has secrets upon secrets. I think the idea of being able to peel back the layers of someone is very appealing, so watching the main character reveal his secrets and break down his walls is very intriguing to me. I think this story is extremely well written and again the famous Colleen Hoover twist is present in the end.

I recently purchased “Verity” by Hoover, and I am very excited to read it, as I’ve heard it is one of her best. I’ve been told if I like the twists in her other books there is no way I won’t be engaged in “Verity”. I am so excited to continue on this Colleen Hoover train.

The post My Current Reads first appeared on Her Campus. 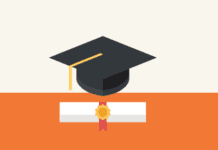 Is a Spouse Responsible for Student Loans? How Marriage Impacts Debt

Making the Most of Your Internship: 5 Tips for Success

College Grants and Scholarships for Women in 2023

10 Steps to Free College For Your Entire Family Thanks to Biden’s New IDR...

What Is the SAT Waitlist? Should You Get on It?

What kind of math is on the SAT? –

Five Latina Authors You Should Know About