By his last year at Harvard Medical School, Michael Crichton, 26-years old at the time, knew he didn’t want to pursue a medical career, so he went to the dean with a proposition. He planned to write a nonfiction book about patient care, he explained, and wanted to know if he could use his final semester to hang around the hospital gathering research for his project. “Why should I spend the last half of my last year at medical school learning to read electrocardiograms when I never intended to practice?”, Crichton remembers asking.

The dean replied paternalistically with a warning that writing a book might be more difficult than Crichton expected. It was at this point that the young medical student revealed that he had already published four books while at Harvard (under a pen name), and had multiple other writing projects in progress, including his first medical thriller, A Case of Need, that would soon win him an Edgar Award for best mystery novel of the year, and his first fully-developed techno-thriller, The Andromeda Strain, which would become a breakout bestseller.

I came across this story in a New York Times profile of Crichton written in 1970, a year after he finished medical school.  What struck me about this profile was less its origin story heroics, and more its revelation of the sheer busyness of Crichton at this early point in his ascent. While nominally still a postdoc at the Salk Institute in La Jolla, California, when the profile was published, Crichton’s energy was clearly radiating in many different directions. He had just published Five Patients, the non-fiction book he had proposed to his med school dean (who had, as it turned out, ultimately agreed to Crichton’s plan),  was about to release an experimental novel about drug dealing that he had co-authored with his brother, and had, since that fateful meeting a year earlier, finished two other pseudonymous potboiler thrillers.

Perhaps most notably, he was also finishing the manuscript for The Terminal Man, his follow-up to The Andromeda Strain. As the Times reports, Crichton had become a “one-man operation” dedicated to this project: in addition to the book, he was simultaneously writing a screenplay adaptation and was determined to direct any resulting movie. To support this latter goal he began spending a couple days every week in Hollywood as part of what he called “a skills-building gambit.” The Times described the 27-year-old’s career as “hyperactive.” This might be an understatement.

It’s interesting to compare Crichton’s rise to that of John Grisham, one of the few novelists of the late 20th century to rival Crichton’s publishing success. Grisham’s ascent began with his second novel, The Firm, which attracted significant interest from publishers after Paramount, based on a bootleg copy of the manuscript, snapped up the film rights for $600,000. The book went on to eventually sell 7,000,000 copies.

It’s here, however, that Grisham’s path diverges from Crichton. As I’ve written about before, instead of embracing a haphazard collection of overlapping projects, Grisham instead built a simplified routine centered on the singular goal of producing one book per year. He typically starts writing on January 1st, working three hours a day, five days a week, in an outbuilding on his farm near Charlottesville, Virginia. He aims to finish the first draft of that year’s book by March and have the manuscript completely done by July.  Grisham will conduct a limited publicity tour surrounding the book’s fall release, but otherwise devotes all of his remaining time and energy to non-professional activities, like the youth baseball league he started in 1996. When his longtime assistant retired, Grisham didn’t bother hiring a replacement as there wouldn’t be enough for them to do. The only professional acquaintances who might call were his editor and agent, but they we familiar with his routine, and rarely bothered him.

In Crichton and Grisham we see two different models of ambition. The first model, exemplified by Crichton, is what I call Type 1. It craves activity and feasts at the buffet of appealing opportunities that success creates. The other model, exemplified by Grisham, is what I call Type 2. It craves simplicity and autonomy, and sees success as a source of leverage to reduce stressful obligations. Medical school wasn’t sufficiently stimulating for Crichton. Life as a lawyer was too hectic for Grisham. They therefore reacted to their success in much different ways when it respectively arrived.

As best I can tell, different people are wired for different ambition types. The key seems to be to recognize what type best matches you before success begins to exert significant force on your career. A Type 1 personality stuck in a outbuilding on a farm, quietly writing day after day, will quickly become bored. A Type 2 personality working on a screenplay at the same time as two books while filling weeks with Hollywood meetings will be crushed with anxious unease.

Ambition type mismatch, of course, is a lucky problem to have, as it means that you must be doing something right. But this doesn’t diminish its importance for those that it does impact. It didn’t take me long, for example, to realize I’m more Grisham than Crichton (in terms of personality, not, alas, cumulative book sales). This has likely saved me from untold volumes of unhappy anxiety. If you haven’t yet, now might be a good time to figure out what type you are. 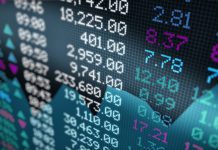 Which Schools Use the Common Application?

The Easiest Ways to Transition Your Makeup Season By Season

Why You Need an FSA ID for Financial Aid