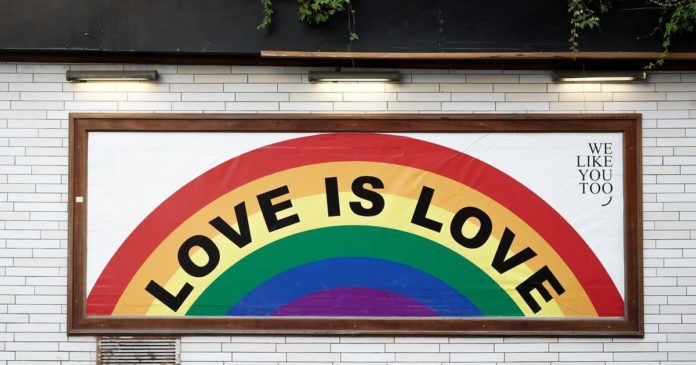 Admittedly, I very much enjoy reading physical copies of comics and manga volumes, but they can be somewhat costly and difficult to find. As a college student, you really have no choice but to enjoy as many free commodities as you can find! And that, dear friends, is the story of how I found Webtoon! As a member of the alphabet mafia, I lean towards queer representation in the media I consume and, if you clicked, it means you feel the same. So, without further ado, and in no particular order, here are my top 6 Webtoons with queer main characters for you to read.

This cute webcomic follows Camille, a witch of the prestigious Severin family, as she turns 21 and is expected to perform a ritual that summons a demon for her family’s success and prosperity. However, the ritual goes terribly wrong and instead reveals secrets that turn her life upside down. Despite the heavy themes surrounding Camille and her childhood trauma, Muted also features a healthy dose of fluffy sapphic romance and healing. Not to mention the beautiful art style, dynamic fight scenes and rich worldbuilding. It’s been completed, so feel free to binge it to your heart’s content!

Recently adapted into a wildly successful Netflix series, Heartstopper follows Charlie and Nick as they navigate their budding relationship in the midst of high school. A year after Charlie was outed as gay, he meets Nick: a popular rugby player who soon develops feelings for his unlikely new friend, causing Nick to have a “proper full-on gay crisis” and realize he’s bisexual. The webcomic follows Nick’s struggle with coming out, Charlie’s ongoing battle with mental illness, and the overall journey of dealing with homophobia in high school. But, despite the fact that the webcomic presents heavy themes, the love and care with which they are handled makes for a wonderfully heartwarming and beautiful story. I’m going to be very honest, I learned about the Heartstopper comics from BookTok and had been waiting for months to save up and be able to buy the volumes and read them. One day, completely randomly, I found out that the printed volumes are actually based on a webcomic published on Webtoon! I binged all of it one sittingーthat’s how wonderful and easy to read it is.

3. NOT SO SHOUJO LOVE STORY

This one’s for all the shoujo manga fans out there. Not So Shoujo Love Story follows our shoujo manga-obsessed main character, Rei Chan, and her journey to have the perfect love story like the ones in her mangas. This webtoon is a parody of the classic shoujo manga tropes, which typically feature unpopular shy girls falling for the popular handsome guys. These girls have no choice but to face bullies and antagonists in order to call for their love interests’ attention, all while the oblivious protagonists share meaningful and romantic moments until they confess their feelings to each other. From the very beginning, we know this is not going to turn out the way the mangas portray this trope because Rei is abrasive and passionate and every bit the otaku who reads manga in class and watches anime. Not only that, but she somehow manages to enamor Hannaーa popular and beautiful classmate who seems to check all the boxes of the stereotypical antagonist in shoujo mangaーthrowing Rei’s entire plan off balance. Not So Shoujo Love Story is a wonderful webtoon that depicts the struggles of realizing you’re queer in high school through comedy and a subversion of classic manga tropes.

Castle Swimmer, a Webtoons fan favorite, just had to be included in this list. It’s one of the most popular webcomics for a reason, after all. The story, set in the ocean where many different sea creatures can be found, follows Kappa and Siren as they grow closer and then go on their respective journeys until they can find each other again. Kappa is the Beacon, a mer entrusted by the surface god to fulfill the prophecies of the different sea creatures in the ocean. Siren is a prince of the sharks whose prophecy dictates he must kill the Beacon to break the curse on his people. Secrets, romance, rebellion, adventure, an endless supply of fluffy moments between these two adorable gay fishes and the plethora of supporting cast you’ll fall in love with make for a wonderfully bingeable story you can’t keep missing out on.

Mage and Demon Queen is set in an RPG style fantasy setting. Within this world, adventurers train to level up and learn how to use different types of magic, and they can even resurrect if they dieーonly they have enough money to pay for the respawning, that is. The end goal of the adventurers’ travels lies in conquering the Demon Tower. By beating the demon generals on each floor of the tower and ascending progressively to the top, they’d get the chance to kill the Demon Queen Velverosa and win fame and fortune. However, Malori has her heart set, not to conquer the Demon Tower and all its generals, but to conquer Velverosa’s heart. Their undeniable chemistry and relationship dynamics will keep you on the edge of your seat and kicking your blanket from how cute and funny they are. Full of lots of simping, love confessions, secret plots and summoned heroes, Mage and Demon Queen will have you head-over-heels in love with our dear sapphic ladies as they traverse their unrequited, but totally requited, love.

The Boyfriends webtoon is a slice-of-life comic following four polyamorous college students as they fall in love with each other and their dynamics as a polycule. Each of the four boys is designed after a different archetype or aesthetic (aptly named Nerd, Goth, Jock and Prep). The representation is through the roof and the art style is adorable and the characters are incredibly easy to fall for. Not to mention we’re introduced to another polycule: Jock’s older sister also has her own polycule with her three girlfriends and they all make recurring appearances throughout the webcomic. The webtoon features a lighthearted mix of comedy and romance, complete with lots of flustered moments wrapped up in an adorable art style.

Make sure to binge to your heart’s content with all of these wonderfully queer stories.

As a bonus, I’m recommending one more (seven is my lucky number, after all).

Familiar is a romance comic that narrates the life of Jamie: an overworked comic artist and gay trans man as he hits rock bottom and a little round chick, that’s apparently only visible to him, appears in his life. After the little chick runs away, Jamie meets Jay, a himbo barista with a cute smile. Oh, and did I mention that he’s the only other person that can see Jamie’s round chick AND has a round bunny of his own that no one other than Jay, and now Jamie, can see? The story contains heartwarming queer representation around every corner, beautiful friendships, and a focus on healing and self-love. I consider this one a “bonus” because the author mainly updates on Twitter. The following link takes you directly to the Twitter moment where he posts the story. They also add little Q&A’s where you get to learn more about the characters and see all their cute Jaymie art.

What Test-Optional Colleges Aren’t Telling You

Nearing the End | Her Campus

Adult ADHD: Let’s Talk About It

Ten Benefits of Scholarships For Students Participating In Field Research

When Will Student Loan Forgiveness Get Unblocked? It’s Unclear