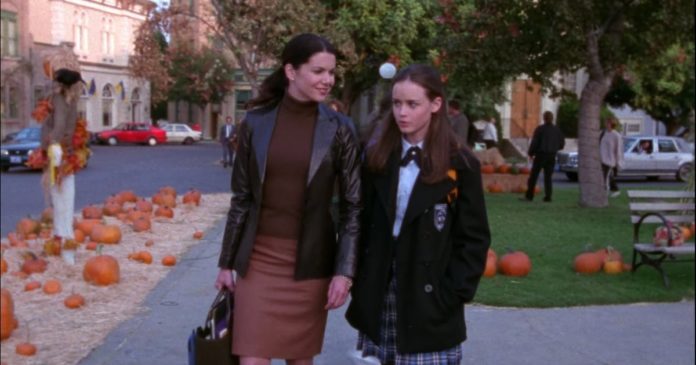 Every year, as the weather gets colder and the leaves start to change, I get the sudden urge to rewatch Gilmore Girls.

Gilmore Girls, which follows Lorelai and Rory Gilmore, a young mother and her teenage daughter navigating small-town life, is the perfect show for fall and the back-to-school season.

Around this time, social media begins to discuss the “downfall” of Rory’s character as she makes the transition from high school to university student in season four. From seasons one to three, Rory is known for being a straight-A student who’s constantly on top of work and always makes the right decisions. We as viewers became accustomed to high school Rory and admired her, assuming she would continue to act like the character we knew and loved.

But no one acts the same as they did when they were 16, and it’s only natural to change as we grow up.

So was Rory’s downfall realistic?

I think Gilmore Girls fans will agree that Rory’s first big mistake is her affair with Dean Forester.

While I hated this part of the show and started to dislike Rory for it as I saw it happening, I don’t think it was very surprising. At this point in season four, Rory is already feeling the mental toll of university and beginning to yearn for aspects of her old life.

Dean, her first boyfriend and first love, is there at the right time and is also interested in Rory as he’s failing to connect with his new wife.

Rory clings to familiarity at the end of season four, and the affair with Dean is all part of it.

But Rory’s actions didn’t really have anything to do with Logan directly, which I’ve seen many people claim. Towards the end of the season, Rory meets Logan’s dad, Mitchum Hunztberger, a big shot in the newspaper industry. Since Rory aspires to be a journalist, she begins interning in his office and is eventually discouraged when Mitchum tells her he doesn’t think she has what it takes to make it big in the industry.

This is when things take a turn for Rory. She ultimately loses motivation to continue studying and begins to fall back. Rory eventually decides to not go back to Yale and take a break from school, which was the most unlike-Rory thing she could possibly do. She explains her reasoning for dropping out and says a lot of it had to do with what Mitchum said to her.

“Mitchum Huntzberger happens to be the top newspaper guy in the country… He said I can’t do it. So I can’t do it,” Rory says in the finale of season five.

The first time I watched the show I thought Rory’s response to his critique was a bit dramatic. But after thinking about it, I don’t think it was an unnatural response for her character. Rory thrives off validation and praise. Throughout the entire show, people commend her for the person she is. She is constantly validated and it drives her to do better. Mitchum’s comment is the first time in the show that Rory receives actual criticism. Naturally, this discourages her, and because it’s coming from a leader in journalism, an industry she’s strived to be part of since she was a kid, his words have an impact.

Rory wasn’t able to keep up with the real world. She had support from her mother, her grandparents, and the people of Stars Hollow from the start, and when she goes to university, she loses a big part of that. For the first time ever, Rory is essentially alone.

Rory’s downfall was inevitable. She lived a sheltered and privileged lifestyle without even knowing it. Rory was constantly the best at everything and when she finally realized that life isn’t what she thought it was, she began to question her chosen path.

While I don’t like the person Rory becomes in later seasons, to leave her the same, and on the same path as her 16-year-old self would be unrealistic.

While it’s hard to see your favourite character go through disappointing development, sometimes being unrealistically stagnant is worse. 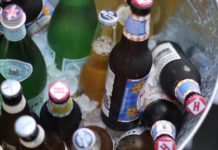 Up to $20K in Student Loan Forgiveness for Some Borrowers, and Payments Remain Paused

Big Mistakes Doctors Make With Their Student Loans In Residency

How to Qualify for a Private Student Loan Interest Deduction

What I Learned From Keeping a Diary in College