Because we’ve all had a toxic friend

We’ve all had that friend that makes us question why the hell we’re even friends with them, but you also couldn’t imagine your life without them. I’m a strong believer that people mean well and most people aren’t trying to be toxic, but that doesn’t mean they don’t display toxic traits. Whether they take advantage of you, manipulate you, etc., there comes a point when you have to set some clear boundaries to maintain the friendship. Here are some signs of toxicity in friendships and what you can do to set some boundaries for yourself or them:

1. They take advantage of you

Every friendship is a two-way street. Sometimes it’s 80/20 and sometimes it’s 50/50, but in general, it should be two people who are mutually invested in the friendship. You should communicate this problem to your friend and when you do, try using words like “rarely” and “often” rather than more polarized words like “never” and “always”. For example, instead of saying, “I’m always doing stuff for you but you never reciprocate”, try this: “I feel like I’m often the one doing stuff for you, and you rarely reciprocate.” This makes them less likely to bounce back with a retort of that one time they helped you out to disprove your statement that they never help.

2. They guilt trip you

This one is always harder to spot because it’s not in-your-face like blatant manipulation. They subtly make you feel bad for not reacting how they wanted you to, whether you didn’t help them with their errands, if you didn’t want to go to the restaurant they wanted to go to, or if you had to cancel a plan. They’ll say it’s fine and that nothing’s wrong, but you can tell they’re upset with you or about to cry. Now your day’s ruined because you feel like a bad person.

Everyone is allowed to feel disappointed or hurt, but when they start making you feel horrible for simply not doing what they want and playing the victim, it’s important to stand your ground and not give in. By giving in, you create a cycle where if they guilt-trip you and you’ll give them what they want. You have to remember that sometimes it’s okay to do what you want, and it doesn’t make you a bad friend if you don’t always go out of your way to help everybody. Remember, they’re most likely not trying to manipulate you; it’s just what has worked for them in the past to get what they want.

These people love to be front and center and will somehow always change the topic back to themselves. They may still ask about your day and how you’re doing, but the focus on you will rarely last very long. You often don’t feel emotionally validated or supported by your friend. Sometimes, people just might not know what to say or how to help, but if they don’t even try or blatantly switch the topic back to themselves, this is a sign that maybe your friendship is a little one-sided. Again, friendships aren’t always 50/50, but if you repeatedly feel emotionally drained after hanging out with this friend, then you’re not getting what you need out of a friendship. If you’ve tried communicating that you don’t feel supported and nothing changes, unfortunately, it’s best to just distance yourself a bit and not go above and beyond for them. This can be hard, especially for those who genuinely don’t mind being there for other people; but when it’s always you giving with nothing in return, you have to have enough self-worth to know when to give it a rest.

I am guilty of having this toxic trait at times because I can tend to be a bit too honest. However, my friends know that I mean well and that I’ll be there for them when they need me. If your friend doesn’t want the best for you and makes this clear by being straight up condescending the majority of the time, trying to one-up you, or having no remorse for crossing a line, then this is a situation where they just won’t understand what they’re doing wrong. It’s best to either tell this person you can’t be friends with them or tolerate them to an extent that doesn’t leave you questioning your self-worth.

5. They don’t respect your boundaries

You tell them ‘no’ over and over again and they just keep pushing. They might call you a ‘buzzkill’ or some other name for not joining in on their fun, but there’s a difference between a friend pushing you out of your comfort zone to have genuine fun and pushing you too far.

Once again, everybody has toxic traits and every friendship can go through some unhealthy moments.  But if you find your friendships becoming more draining than supportive and fun, then it’s time to reevaluate the situation and consider if you should re-communicate or simply walk away. 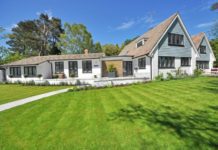 What the Secure 2.0 Act Means for Employers

Best Tracks for Back to School

Lessons I Have Learned by Being in an Interracial Relationship

An End of the Semester Reminder