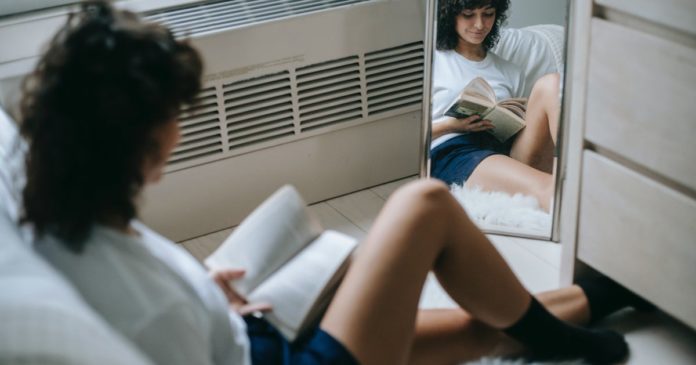 There are only two more months left of the year. It is crazy how fast this year has come to an end. It has been a pretty good year and an excellent reading year for me. I have read 36 books so far and most have been great reads, however, there are five books that I think stand out from the rest. Here are my top five books that I have read for the year so far.

The first book on this list is The Poppy War. This book was my first dabble in adult historical fantasy books and it was fantastic! The Poppy War was inspired by 20th-century China’s bloody history. It follows Rin from an early age who is a war orphan that wants more in her life than just marrying an older man. She works her hardest to ace the Keju, an Empire-wide test, so she can attend a high-ranking military school. Eventually, she becomes one of the most powerful people in the war. The book details the brutal ramifications of war and the pursuit of power. It is an amazing read but not for the weak-hearted.

4) She Who Became the Sun by Shelley Parker-Chan

After I read The Poppy War, I knew I needed another military historical fantasy so I decided to pick up this book. She Who Became the Sun is inspired by the Yuan Dynasty in the 12th century. It is also a slight Mulan retelling where a girl takes the place of her brother in his destiny for greatness. The main character was always destined for nothingness while her brother Zhu Chongba was destined for greatness. When people raid her home, she takes this as an opportunity to become Zhu Chongba in order to become great. The characters in this story are all so compelling and I love them too much. They all have their motivations and although they may not always do what is right, you understand their pain and why they are the way they are.

3) Excuse Me While I Ugly Cry by Joya Goffney

Excuse Me While I Ugly Cry is one of the best, well-written young adult contemporary romance books I have ever read. Quinn, the main character, loves to write lists in her journal about everything including her deepest secrets. One day the book goes missing and pictures of her journal are posted for everyone to see. She is blackmailed into doing all of the things she has feared over the years. The book shows the experiences of a black teen girl who goes to a PWI. The microaggressions and racism that Quinn goes through are very relatable to me. However, the book is still very lighthearted and the romance between Quinn and the love interest Derek is so cute. It is a wonderful read and I recommend that everyone read this book!

2) All My Rage by Sabaa Tahir

All My Rage is a very heartbreaking young adult contemporary book that knows just how to pull on your heartstrings. Sabaa Tahir is one of my favourite authors of all time. She previously wrote An Ember in the Ashes book series which I loved so much. I was a bit nervous when this book was announced because Sabaa is known best for her fantasy books, not contemporary novels. However, all my doubt swiped away when I started reading. This book follows three characters, Misbah, Salahudin and Noor who are Pakistani and currently live in Juniper, California. Misbah is Salahudin’s mother, and her story is told when she is still living in Pakistan before she was married. Salahudin and Noor used to be best friends, but something broke them apart. All of them have their separate struggles including assault and alcohol abuse but still intertwine. All three are very lovable and it is sad to see what they have to go through.

The best book I read this year was Book Lovers by Emily Henry. I am so obsessed with this book because it is just so good! Book Lovers is a great subversion of the big-city girl who falls in love with a small-town guy and gives up her life for him. Nora Stephens is a big-city girl who knows what she wants and always has a to-do list for everything in her life. She also devotes everything to her younger sister Libby. During the summer, Nora and Libby decide to vacation in a small town. Coincidently, Charlie Lastra, one of Nora’s work friends, is there too. As an older sister, book lover and self-declared Type A person, I love Nora with all my heart. She does not let anyone shift her focus on her priorities and she is simply one of the greatest protagonists in literature.

All these books were so amazing to read. If you are looking for new books to pick up and read, I hope you enjoy at least one of these fantastic books!

Five Shows I Binged This Summer

She Will Be Loved, No Literally

Why Your Interests Matter in the College Admissions Process