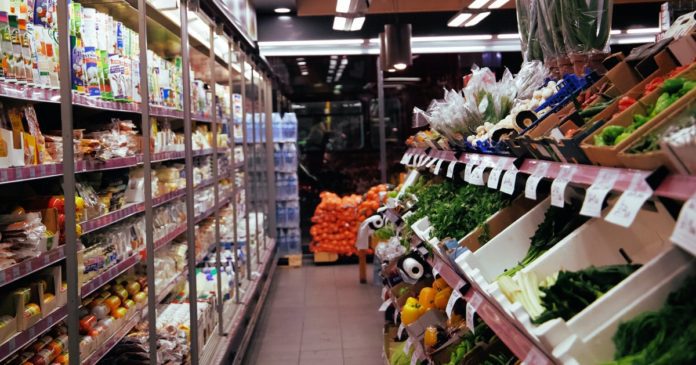 The life of a retail worker is not one of leisure and comfort. Considering the hardships of life, we might not dedicate even a fraction of our thought to pondering about them. Seemingly, such is also the case with employers who manage them. From demanding overtime to treating them like vermin, the money-minded managers leave no chance to amplify a worker’s stress. Oftentimes, it gets so unbearable that the employees have to form miniature comfort groups to blow off the steam, and understandably so. Who wouldn’t crave it after bearing the brunt of the shopper’s anger and receiving flak for merely doing their job? While many of these tidings get swept under the rugs, the more pertinent ones have made the headlines several times. Soaring statistics about the abuse faced by these workers during the pandemic has often procured the attention of several media outlets, seeking to bring to light their dilemma. These retail workers, lambasted to no ends by their employers, have also taken to the streets to express their dissent against the exploitative working conditions. Low wages, extensive working hours, general lack of paid leaves, and unforeseeable layoffs have compelled theorists to label this as ‘Modern Slavery’.

Behind the glittering masquerade, the retail industry hides its deceitful and fraudulent nature. Corrupted foundations select the powerless and play the trump card to gain dominance over them. Poverty-stricken, underprivileged people along with women and children find themselves trapped in this conundrum. Employers often take advantage of their helplessness and coerce them into working to the brink of exhaustion while paying them the minimum wage available. One would hope they would at least get a chance to unwind after their shift. However, it would seem that the dynamics operate differently in India. The people who usually possess a habit of passing snide remarks at unemployed adults also shame those working in such a ‘lowly’ job. Bouts of judgment, ranging from degrading someone’s financial status to calling them desperate, are plentiful everywhere. It’s almost as if retail workers aren’t destined for a content life, but instead for a draining and painful one.

These workers are stuck in a loop of capitalism and despondency, imprisoned by the current institutions that savagely promote this rampant corruption. While echoes of ‘The Customer is Always Right’ make rounds in our society, a descent into dehumanization of these workers also begins. As people who naturally occupy a higher stratum than the said workers, we hold a certain sense of entitlement within us. We think it’s justifiable to present an ungenial attitude, give them dirty looks, and lace our words with arrogance. The elitist ethos that guides the consumers has resulted in the belief that they should get what they want whenever they so desire. It doesn’t take into account the well-being or the inherent good-natured transactional character of human interaction.

Recent studies probing into the status of retail workers have revealed a sudden rise in the number of workers leaving their jobs owing to the abuse faced by customers and employers both. During the pandemic, most workers in India lost their income and means of livelihood. Furthermore, female workers faced extreme discrimination due to the intersection of their social status and gender. In India, the popular restaurant aggregator Zomato was charged with several accusations of mistreating their employees while presenting a jolly façade of ‘bringing together 1+ lakh happy partners’. Several workers have spoken up against being treated as ‘slaves’ by managers who give them minimum wages with no job security. Nonsensical regulations are imposed upon them, including a cap on the amount of money that can be earned, incredulous delivery times, unhealthy work hours, and an unbalanced number of deliveries allotted. Accompanied with zero laws protecting the rights of these gig workers, they find themselves bound by uncertainty and corruption. It makes one wonder- where does the safe haven exist for those whose fates are riddled with capitalistic exploitation and abuse?

Things start to worsen when the upsurge of technology in these contexts is introduced. Paired with the dwindling attention span and the need for minimum human contact, the desire to engage with retail workers also decreases. This not only results in manipulation, but also a lowered regard for niceties and adopting kindness as a virtue. People would rather opt for a straightforward trade with AI instead of being gracious with others. This points to a bigger question altogether- coupled with rampant consumerism and needlessly exploiting workers, have humans somewhere lost their compassion? We let new advancements in science and technology rouse us, we allow easy access to comfort us without thinking about who pays the cost of it all. Though realistically, most of the blame deserves to be put on the abusive corporations mistreating their employees, perhaps as humans, we can at least start by being nicer to these workers and becoming less of a reason for their never ending misery.

Harry Styles is not queer-baiting

Learn All Factors Of 45 The Simple Way