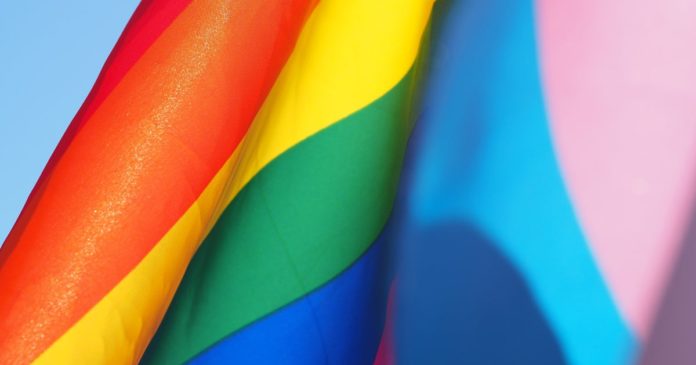 Thai actors Win Metawin and Bright Vachirawit of the hit 2020 drama series – 2gether – recently came to Singapore to attend the Burberry TB Summer Monogram Takeover event. The pair affectionately known as BrightWin received a huge and warm welcome from their fans as they made their way out of Changi Airport arrival terminal – from banners displaying their names to fans rushing towards the pair while recording the couple on their phones. The massive popularity of the pairing is undeniable. However such popularity extends to more than just the story plot or onscreen chemistry that the actors exuded in 2gether. In fact their popularity can be largely credited to the genre of the television series they starred in – “Boy Love” otherwise known as BL.

If you have been living under a rock, the term BL is a literary genre that depicts romance between two male characters. The term originated from the Japanese word Yaoi which was first used as a tool for identifying any form of publication or media that contained homoerotic content. Over the years it has now been used to describe an ever increasingly popular genre of dramas. While it is hard to say which country in Asia made the first BL drama, it is without a doubt that Thailand played a huge role in popularizing such dramas. According to Fujimoto Yukari, a researcher of girls’ manga and gender issues, the first Thai BL showdates back to 2013 when it first began to stream on main channel networks. However it was in 2016 with the show Sotus when it garnered mainstream success. The first few Thai BL dramas that saw huge popularity usually followed a similar trajectory which was within a school setting. As of 2022, more Thai BL dramas began to expand their storyline such as KinnPorsche where the world building is made up of mafias and triads. Despite its shifting trajectory, most would agree that the attraction of such shows are the eye candies as well as the easy to follow storyline as noted by actors Win and Bright. Following the international success of Thai BL shows, many countries have hopped on the bandwagon. From Taiwan’s We Best Love (2021) to Vietnam’s You are Ma Boy (2021) and the Philipines’ Gaya Sa Pelikula (2020), just to name a few.

However the reduction of the entire genre from its aesthetically pleasing characters to its simplistic storyline seems to be in poor taste given the underlying societal issues its popularity rides on. While countries like Taiwan and Thailand are more LGBTQ+ friendly, with the former being the first Asian country to legalize same sex marriage and the latter just ratifying their bill in 2022 to legalize same-sex unions, many countries in Asia are still hostile towards the marginalized community. With that being said one cannot help but wonder if the rise and fame of BL dramas in Asia had less to do with us becoming a more inclusive society and more to do with fetishization.

For example the huge welcome by Singaporean fans of the BrightWin pairing during their stay in Singapore does not mirror the harsh reality that the LGBTQ+ community face in Singapore. While fans are ready to embrace and all too willing to ship the couple as seen from fan run accounts of the pairing to fan made videos about the couple, such acceptance and enthusiasm is not reflected for most LGBTQ+ individuals in Singapore. Taken from a survey conducted by Oogachaga, a non-profit organisation that works closely with LGBTQ+ community in Singapore the survey found that an astounding 60.2% of the 400 individuals surveyed had and continue to face sexual orientation and/or gender identity-based abuse and discrimintation. This pushes many to become withdrawn and for most it has greatly impacted their mental wellbeing as they feel isolated from society. It is clear that the juxtaposition of attitudes with regards to on screen gay couples and those in real life reflects the how the rise of “Boy Love” has less to do with the liberalization of our society.

In fact one of the more important policies in Singapore, which is our housing policy, neglects the aforementioned group of individuals. According to Prof Ng Kok Hoe from Lee Kuan Yew School of Public Policy, housing policies state that public housing caters for ‘family units,’ defined in a way that is most favourable to married couples. Given that LGBTQ+ couples are not even able to register their marriage in Singapore, they are not afforded the benefits that married heterosexual couples do. As Paul Jerusalm from RiceMedia succinctly puts it, owning a Housing Development Board (HDB) Flat is more than a pipedream for queer Singaporeans.

Most importantly, despite the numerous attempts to have Section 377(A) amended, the LGBTQ+ community in Singapore has had their freedom constantly denied, freedom which heterosexuals enjoy. While many foreign entities and businesses in Singapore are becoming more inclusive and have made attempts at supporting our LGBTQ+ community, a recent statement made by the Ministry of Home Affairs (MHA) has only further highlighted the realities of our LGBTQ+ individuals. When American politician Ms Nancy Pelosi made her stop in Singapore as part of her tour, she pushed for local business to support our LGBTQ+ community just as much as the American companies which are stationed in Singapore have. While MHA did note that these companies are free to promote diversity they should however tread lightly on advocacy issues regarding issues that can be socially diverse in Singapore, ending with “these are matters for Singaporeans to discuss and come to a consensus on how to move forward”. Now this is not a jab at any governmental agency nor their policies as the Section 377(A) originated during British colonial rule and such a code is present in most Asian countries. Furthermore any changes to any penal codes needs to be discussed especially with those who are impacted by it. However it is important to note that discussions have been ongoing for several years and yet any concrete steps to become a more liberal society seems to be non-existent.

Nevertheless, people who usually consume BL dramas belong to a different generation compared to Singapore’s policy makers. They belong to generation z and above where they have more liberal ideas about society. In an article written by Tham Yuen-C in The Straits Times, 3 May 2019, it is noted that the younger generation are more liberal in topics such as gay sex and marriage as compared to the older generation. They are also more concerned with issues regarding the rights of LGBTQ+ community. It is no surprise that avid watchers of BL dramas belong to the younger generation. In fact according to Thai BL director Aam Anusorn, the fanbase for such genres are still largely straight females. Many of these fans gush about the intricate kiss scenes with one user on twitter describing the kiss scene between the two male leads as the “the most detailed kissing scene fr[o]m all thai bl drama series” and that fans “all want it”. There is nothing wrong with appreciating a good romantic scene however it seems that fans are often hyper focused on such intimate scenes which mirrors common sentiments by men who watch lesbian porn because two women making out are hot. Essentially fetishizing LGBTQ+ individuals.

In another statement by Thai BL director Aam Anusorn, he claims that many females indulge in such dramas as they see a “sensitive” side of men that are absent in their everyday lives. Though his statement was in relation to the reasons behind the popularity of BL dramas, it reveals how not just viewers but directors too fetishize the LGBTQ+ community. By equating LGBTQ+ men with being “sensitive” this plays into the stereotype that they are soft spoken and “feminine” (the discussion surrounding the complexities and negative connotations behind the term femininity is another can of worms that deserves a separate article in itself). In most BL dramas at least one male lead conforms to this stereotype through their mannerisms and/or dressing. While there is nothing wrong if LGBTQ+ men do have such characteristics, a consequence as a research has shown is that such stereotypes can lead to discrimination in the work place. In a journal article titled “Do Positive and Negative Stereotypes of Gay and Heterosexual Men Affect Job-Related Impressions?”, the study found that employers associated masculinity with agency. In turn gay men were seen as being better suited for feminine roles. Such discrimination even at the hiring process already hinders LGBTQ+ men from achieving success in positions and fields that are deemed better suited for heteronormative men.

With a fine line between fetishization and representation, here is how we as a society can be better allies of the LGBTQ+ community:

Never assume someone’s gender identity and sexual orientiation just based on their mannerism and looks. LGBTQ+ people are not defined by their appearance. Just like you and I, they are individuals with their own interests, aspirations and so much more. Even if you have an inkling, never go up to them even if they are your close friends. This will allow them to be themselves in a society which is already hostile towards them. They will open up to you when they feel ready!

Some of us are born in privileged positions in life and I am not talking purely about money here! For those of us who “fit” into society’s expectations, we will never be able to fully empathize and grasp the realities of our LGBTQ+ counterparts. However this is not an excuse to educate ourselves on such topics. Listen (not just hear, there is a difference!) to your friends and loved one’s struggles when they have opened up to you. Respectfully ask questions to further expand your knowledge surrounding such topics. Search up about the origins of the term LGBTQ+, their struggles and how far they have come and how much more we as a society need to put in the effort to be more inclusive. We live in the era of technology and the internet, all of which are valuable resources to aid us in such education!

Sometimes we make mistakes and we may have unintentionally used the wrong pronouns. The first step is to own up to it and apologize. Subsequently, let the other party know that if you were to slip up or misuse pronouns again that they should feel free to correct instead of just letting the mistake slip by. To become a better ally is to acknowledge that such terminology is not just a label but the core identity of the person!

Supporting our fellow friends goes beyond turning up for PRIDE events. It means using our voices to bring to light the struggles marginalized communities face! It means supporting our friends on a daily basis – be it checking in with them, being a listening ear or even supporting their dreams and aspirations! Most importantly it means being present for them whenever they need someone to rely on!

THE SADNESS OF GREIF -A POEM

Why I Got a College Pet

What Is an Attractive Nuisance?

Should We Gate keep?: The History of Majorettes on HBCU Campuses