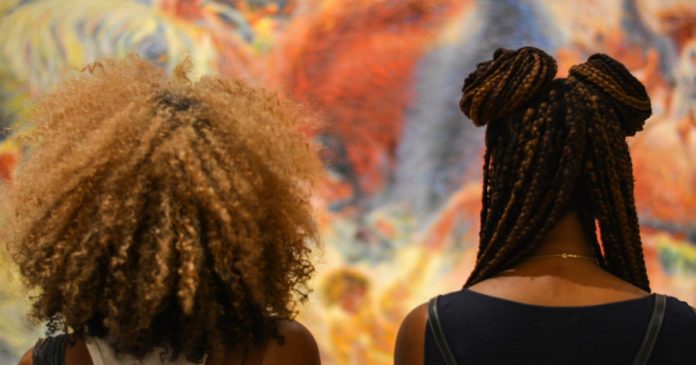 I honestly feel like I shouldn’t HAVE to write this article, but clearly, society needs a reminder. Why is it that a Black woman has to remind y’all how to treat us? Why can’t everyone just… leave us alone?

Over the years, we have seen Black women celebrities put under a microscope and scrutinized for making mistakes or simply existing. These are the same women who are the blueprint and backbone of our society today. With the rising attention to social justice and the importance of discussing intersectionality, we must also understand the meaning and effects of misogynoir.

According to Moya Bailey, the assistant professor in the Department of Cultures, Societies, and Global Studies and the program in Women’s, Gender, and Sexuality Studies at Northeastern University, misogynoir is defined as “the ways anti-Black and misogynistic representation shape broader ideas about Black women, particularly in visual culture and digital spaces.” This term, which Bailey first coined, rapidly entered our modern lexicon and was the catalyst for various discussions. Here are some examples of it in action.

Misogynoir is defined as “the ways anti-Black and misogynistic representation shape broader ideas about Black women, particularly in visual culture and digital spaces.”

The 24-year-old tennis star was subject to online scrutiny when she refused to appear for a post-match press conference at the 2021 French Open. In addition to that, the French Open fined Osaka $15,000, she was threatened with more severe penalties, and she was even threatened with disqualification if she continued to steer clear of the media. This all occurred because she needed a mental health break, as she has expressed her struggle with anxiety and depression.

The 34-year-old American singer, songwriter, and rapper has been subject to online ridicule for YEARS because she is a fat Black woman (we’ll get into that later). This year, her fourth studio album, Special, was released. Almost immediately, an issue was discussed with one of the lyrics in the song “Grrrls.” Lizzo used the term “sp*z”, which, when used as a verb, means to “lose physical or emotional control.” However, this term also has a negative connotation since it is a slur against people who have cerebral palsy. Disability advocates were quick to share their disappointment with the artist and more people joined in on the online discussion. In three days, Lizzo came out with a heartfelt apology, and the lyric was changed.

Of course, Lizzo did the right thing and more celebrities should take notes on a PROPER apology, but can we please not ignore the elephant in the room? Instead of education, Lizzo was met with aggression, fatphobia, critical examination, and racism. Yes, she made a mistake, but did that warrant her harassment? Would Lizzo have been given the same treatment if she was one of her white counterparts?

The 25-year-old American gymnast is the most decorated gymnast in history and is considered to be the greatest female gymnast of all time. However, it is evident that it does not make her exempt from public persecution.

Biles withdrew from the team finals in the 2021 Olympic competition due to a mental health issue. She shared that she had the “twisties” across all of the events. Although the name sounds cute, it is actually life-threatening. This experience can cause gymnasts to lose all sense of dimension and space while in the air. After answering many questions from her fans about her withdrawal and posting videos of her practices where she did not land on the mat properly, various people took to social media to blame her and bash her for her “lack of patriotism”. Babes, we all know it was never about fake patriotism; it was about the old, white conservatives using racism as a tool to degrade a Black woman.

I wrote all of this to say three simple words: Protect. Black. Women.

We are loved and praised until we disappoint everyone. We make one mistake and that overshadows all of the great work we have done. Give us grace. Let us make mistakes. Sorry to burst your bubble, but we aren’t perfect all the time. Putting ourselves first does not make us selfish; it makes us human. So please, take this word of advice: Stop having expectations.

How You Can Make 2023 A Wealthier Year

Earn Up to 3% APY with SoFi Checking & Savings

10 Steps to Free College For Your Entire Family Thanks to Biden’s New IDR...

5 Of The Best Thriller Books