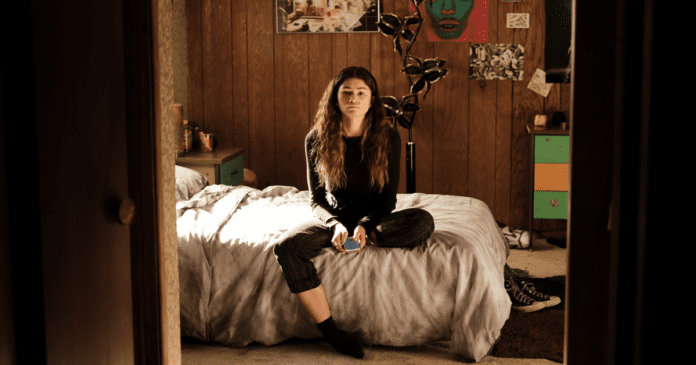 If you are an avid anime fan like I am, there is no doubt you have watched or at least heard of Moriarty the Patriot. Based on the villain of the Sherlock Holmes series, Moriarty the Patriot was originally a manga written by Ryōsuke Takeuchi and illustrated by Hikaru Miyoshi. It was subsequently adapted into an anime and released in October 2020. As you would have already guessed, this anime follows the life of Professor James Moriarty from his background as an orphan adopted into a wealthy family to his hatred for British nobility. All of this would eventually  lead him down a rather dark and disturbing path where he is the villain. Despite being the anti-hero, many fans have proclaimed feeling emotionally invested in Moriarty’s character with some proclaiming that he is their comfort character.

So what is a comfort character? The Urban Dictionary has defined a comfort character as a character, which can be from a TV Show, game, book, etc. makes one feel safe and happy despite turbulent times. A reddit user has even likened comfort characters to safety blankets. In essence, a comfort character is a character that someone emotionally identifies with and finds solace through them. They may internalize and use the actions and thoughts of the character to help them cope during periods of distress, anxiety and even sadness. With that being said, there has been a trend within the past few years where people relate more to the anti-hero and/or characters with tragic story plot. According to the website masterclass.com, anti-heros subvert the traditional “hero” tropes. Unlike the “hero” who is the “good guy” with fantastic moral standards and is able to navigate their lives by making correct decisions, the anti-hero is morally gray and might make decisions to further their own motives, sometimes at the expense of others. Their actions can be seen as selfish and yet many of us seem to gravitate towards these characters. To sum it up, these characters are imperfect and it is such imperfections that cause us to relate and feel emotionally bonded to such characters.

As human beings, we are all flawed. Regardless of gender, social status, age, none of us encompass the characteristics of the “hero” 24/7. We do make right decisions at times, however, we also falter and choose paths that might not be for the best. These characteristics make anti-heros relatable and cause us to empathize with them. This notion is mirrored by a reddit user who goes by u/streamtrekker. They note that flawed characters appeal to them as it is realistic of the struggles that every individual faces. Giving the example of Game of Thrones the user attributes its popularity to the flawed characters. In their own words, the show “forces us to look at the ugly truth of certain character types, and doesn’t shy away from showing them actually making big mistakes and suffering consequences”. Danish actor Nikolaj Coster-Waldau, who plays Jaime Lannister in the series, has noted flawed characters have become increasingly relatable in the era of social media. With social media apps such as Instagram, many people portray themselves living their “best” life. Such projections cause many to feel as if their lives are imperfect. As such we empathize with characters who are flawed. We seek comfort knowing that we are not alone in our imperfections which creates a sense of comradery between us and the characters. All of which allows us to feel a sense of belonging.

Another reason why we find comfort in anti-heroes is because they become agents of social criticism where they expose the inherent unfairness of our society. Going back to Moriarty the Patriot, many people cheer for Moriarty even though his actions lead to a trail of dead bodies (This will contain spoilers for the first 3 episodes!) Set in 19th century Europe, Moriarty is an orphan who was adopted into an extremely wealthy family. It is this adoption of his that allows him access to privileges that he would have been denied if he had remained an orphan. Yet there is still a divide between him and that of British nobility. This is reflected in many various scenes in the animation. Starting from the reason in which he was adopted as a means for his adoptive father to look good in the eyes of society, to the disdain that his adoptive mother and one of his adoptive brothers have for him as he was not born into wealth. In other words, he is still not accepted by the British nobility. However this goes both ways. Even before being adopted Moriarty proclaims to the other orphans that they should “Fight! Kill! Beat those bad nobles!” His hatred towards snobbish wealthy people is shown in its entirety when as a child, he sets fire to the mansion, killing his entire adoptive family except for one. In the Youtube comments section it is evident that many viewers side with Moriarty. In the comment section of episode 2, a viewer terms him as “nice evil” where he is “good to good people, bad to bad people”. This sentiment is shared by many others who see him as the face of justice in a world where justice is usually afforded to those in positions of power and wealth.

While the anime is set in 19th century Europe, it is undeniable that such a class system still exists within current society and that those in privileged positions can manipulate the judicial system with a flick of a finger. The example that comes to mind is the the infamous Epstein case. A billionaire himself, Epstein not only sexually abused young girls, he also was a sex trafficker whose clients reside in positions of extreme power and authority. His wealth and his connections have allowed him to evade justice for a very long time. His case is just one of the many examples of the privileged getting away with crimes they have committed. Subsequently, Moriarty comes to embody a uncorruptable force that seeks to rid society of its discrimination towards the common folk.

How about characters who commit murder for purely selfish reasons? How about characters who commit offenses that are dreadful? Crimes that many of us will most likely and hopefully never choose to partake in. Why then do we still find solace in them? In the book In My Dreams I Hold a Knife written by Ashley Winstead, many of the characters are complex and deeply flawed. (This will contain heavy spoilers!) Mint, who is the ex of our protagonist Jessica Millers, learns that she has cheated on him with several others including a teacher. Seeing red, he decides to kill her but in a case of mistaken identity stabs her roommate and friend Heather. Our protagonist comes face to face with a dying Heather who is pleading with Jessica to help her. Yet she chooses not to save Heather who is bleeding from the stab wounds. She makes the active decision to not call 911 or inform anyone because she feels as if Heather took away everything she wanted – the student fellowship. She plays God and allows Heather to die. She acknowledges she “wasn’t close to a good person [,] [n]ot a murderer … but only a few shades better”.  She takes comfort that she was at least not the murderer. She consoles herself by reaffirming the idea that she was not as bad as Mint. Jessica’s reasoning mirrors the reason why many take comfort in these characters. We are comforted by the idea that none of our decisions up to that moment have amounted to incomprehensible consequences such as the death of an innocent person. According to Professor Mina Tsay-Vogel, anti-heroes “can actually make people feel better about their own actions in the real world. We call this term morality salience, which is making people aware of their own moral actions”. As such, though we may not be the most morally righteous person, we are at the end of the day not as bad as those who are beyond help.

Ultimately we find comfort in these anti-hero characters because they provide us an outlet for our intense emotions – namely that of anger, frustrations and our insecurities. One does not need to have dark traits to have a soft spot for these characters. So long as we are humans we will always seek people and things that allow us to feel better about ourselves and the world around us.

FOUR WAYS TO STOP THIS SEMESTER FROM DRAINING YOU

Her Mind | Her Campus

My Top Study Tips For A Successful Semester