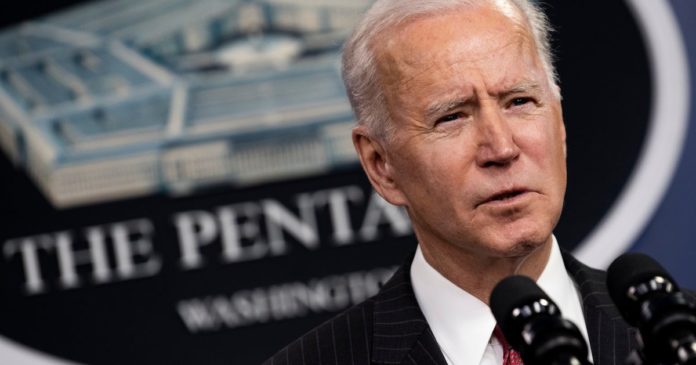 On August 24, President Joe Biden announced a student loan forgiveness plan that forgives thousands of dollars in debt for millions of Americans. The plan was announced on President Biden’s Twitter account, where he wrote, “In keeping with my campaign promise, my Administration is announcing a plan to give working and middle class families breathing room as they prepare to resume federal student loan payments in January 2023.” The announcement was also followed by a formal announcement with remarks from the President Wednesday afternoon with Education Secretary Miguel Cardona.

According to the Education Data Initiative, student debt in America currently totals $1.748 trillion, and 43 million borrowers currently face student loan debt. The debt has more than tripled since 2006, and currently, the average public university student borrows $32,880 in order to obtain a bachelor’s degree.

Here is everything you need to know about Biden’s plan and how it could impact your student loan debt.

How much student debt is being canceled under Biden’s plan, and for whom?

Biden’s plan forgives $10,000 in student debt for federal student loan borrowers (not private loan borrowers) who did not receive Pell grants, and $20,000 for those who did. Both amounts are contingent on borrowers earning below $125,000.

Biden’s plan also includes a final extension of the student loan debt freeze through December 31, 2022. The freeze first went into effect in 2020 during the COVID-19 pandemic, according to PBS NewsHour, and was going to expire next week, on August 31, before Biden’s announcement. During the freeze, interest rates on federal student loan debt are at 0.0%.

A White House official also stated that “the President will announce proposed reforms to income-driven repayment so that both current and future low and middle-income borrowers will have smaller monthly payments,” according to CNN. All of these reforms could benefit young people in their 20s — both current college students who are taking out loans or are planning to, and recent grads whose debt is starting to increase.

The plan is receiving mixed reviews on both sides of the aisle.

Not everyone is happy about Biden’s plan, though it does fulfill his campaign promise. Democrats in Congress like Majority Leader Chuck Schumer, Senator Elizabeth Warren, and more have been pushing Biden to take bigger steps to get rid of student loan debt, according to CNN. Though Warren did tweet Wednesday, “Today is a day of joy and relief” about Biden’s announcement and added, “This will be transformative for the lives of working people all across this country,” in February 2021, she, Schumer, and other congressional Democrats  made a provision in the American Rescue Plan urging Biden to forgive $50,000 in student loan debt.

According to the Education Data Initiative, 55% of Americans support a cancellation of $10,000, like in the Biden administration’s plan, but many would also be aligned with the Democrats’ position to increase forgiveness, as 47% support cancellation of up to $50,000 per borrower.

It’s important to note that student loan debt also disproportionately affects BIPOC women. Activists have pointed out the disparity between debt for Black and white borrowers: According to Investopedia, Black women on average have $37,558 in student loan debt, compared to $35,665 for Black men, $31,346 for white women, and $29,862 for white men. In consequence, the $10,000 forgiveness plan as opposed to a $50,000 forgiveness plan or a complete cancellation of student loan debt (or more sweeping reforms to the cost of higher education in general) will more greatly benefit white borrowers.

Biden’s plan is also getting criticism from the other side of the aisle. Republicans like Minority Leader Mitch McConnell are calling the plan “socialism,” according to Fortune, and Senator Ted Cruz even called it “insane — and illegal”on Twitter, alleging that the plan was simply “a Hail Mary before midterms” in November. Much of the criticism seems to center around the increase in inflation in the United States and how the debt forgiveness could impact or exacerbate the state of inflation and the economy.

First, it’s not 100% certain that loan forgiveness will definitely happen — since Congress has never given the President the right before to cancel debt, the White House could face lawsuits that impact the timeline for how soon such a plan could go into effect.

If it does, though, Forbes reports that an increase in inflation is likely. That’s because federal student loan borrowers receiving this money back will lead to increased spending. On the one hand, that’s stimulating the economy. On the other, this increased spending will be happening among supply chain shortages, the war in Ukraine, and the already-heightened state of demand at this stage of the COVID-19 pandemic, all of which are main causes of inflation. Biden’s economic advisers, however, argued that the effect on inflation would be negligible because loan payments are resuming and the plan includes income caps, according to the New York Times.

So what does this mean for Gen Z?

Gen Z is uniquely affected by inflation due to having less money in savings and lower salaries, Bloomberg reports, but Gen Z’ers also have an average student loan debt of $17,338, meaning that Biden’s plan could forgive over half the debt of the average Gen Z borrower. A survey by Bankrate released in April found that Gen Z is more likely to regret financial decisions around their higher education, or to delay a major financial decision because of their student loan debt. Biden’s plan could influence how Gen Z is thinking about college, how many of them may be able to or more inclined to attend, and how their financial habits could change as a result.

Motivate Your Student To College

FOUR WAYS TO STOP THIS SEMESTER FROM DRAINING YOU

Boo! Scary Grammar Mistakes to Avoid in Your College Essay

Ten Benefits of Scholarships For Students Participating In Field Research

What is an All Other Peril (AOP) Deductible in Home Insurance?