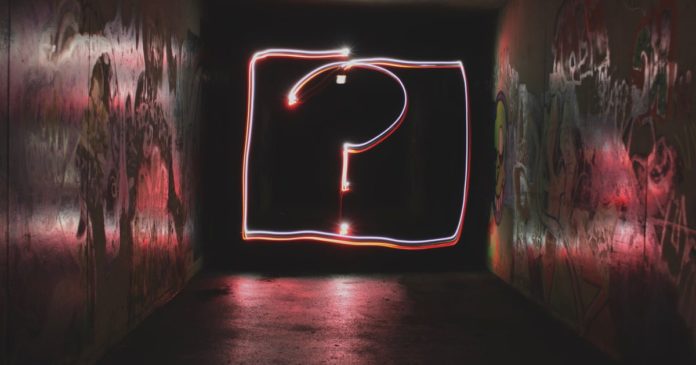 Hey, remember me? I know I’ve been gone for a whole semester, and you’re all probably thinking, “Omg, you’re back; how are you?” I am here to tell you that I have had a very challenging semester, but time away was much needed. If I could sum up my experience of this past junior year, I would have to say my brain went first and then my body gave out.

I know that sounds like a head-scratcher, but I started by losing a grandfather and my pastor at the beginning of the fall semester. Then, I fell into a depressed state, which led me to get mononucleosis, otherwise known as mono. Within all of this, I wanted to quit school before the new semester started. So, as you can see, I was not very clear-minded at the beginning of the semester, and thankfully, my therapist and family members were there to support me. But, at the time, I was not prepared to write about what was going on, so I distanced myself from Her Campus and decided to venture into new waters…  working at the Montclair State radio station WMSC 90.3.

Working at the radio station was a big step because I was not in a good headspace, and I was nervous about meeting new people under these circumstances. But I also knew I would be surrounded by people working toward the entertainment/journalism industry, as I myself was working toward the music industry. So, overall, I thought this would be an excellent opportunity to learn some new skills, meet some new faces as a returning junior to campus and see what other areas of the entertainment/journalism industry were out there besides music.

After getting to know a few people and experiencing my first college radio day, I signed up to be part of the digital marketing team and music team. After that, I instantly fell in love with working at the station because I could explore different aspects of various teams freely and be as creative as I wanted. Also, what I learned a lot when joining was I love working as a talent and industry coordinator. So far this junior year, I’ve booked around 12 artists ranging from all genres and around the country for a show called “Tunes on Tuesday.” I am also happy to say I’ve made some incredible artist friends and met a few up-incoming industry peers.

So thankfully, I had found a new outlet for creativity and exploring career skills, which helped relieve some of my depression at the time, but sadly, during November, I got very ill and was forced to take incompletes and finish all my courses in the new year. As a result, my depression got worse. I was then in my bed or at a doctor’s office from November until Christmas Eve. Though not everything was all doom and gloom, because many friendships I felt were weak became stronger during this time, and I am thankful for that. I truly learned who was there for me.

Also, not going to lie; it was nice getting an extended break from school, but in the end, I would instead have done my finals in December rather than February. I was healthy again during the holidays, but that didn’t last long because then I got Covid in January and got better days before returning for a new semester. I was still depressed and stressed because I was tired of being sick and now having to finish finals while starting a new semester with new work. However, one new thing I started in January was my mini-blog posts on my Instagram stories called “Smile for Miles.” I post tidbits about my life on different topics, but the goal is to spread positivity.

That, in a nutshell, of an article is where I’ve been. I decided to come back to writing when I realized that when I was depressed, I pushed things away that made me happy. Writing for Her Campus makes me happy. I enjoy writing articles about my life experiences, thinking it could help someone relate to an issue who feels lost and needs inspiration or wants to look at life from a different point of view. Also, this article is me pledging to return as a full-time writer for the next school year, of which I will be a senior in college. Which leaves me flabbergasted every time I think about it. Well, I’ll see you next year for more exciting blogs but in the meantime, check out my IG @Holleyp500 blogs about my life over the summer if you’re interested.

So You’re Feeling Unmotivated… | Her Campus

Will My Federal Student Loan Payment Change in 2023?

10 Ways to Have a Better School Year

What to Know About California Wildfire Insurance