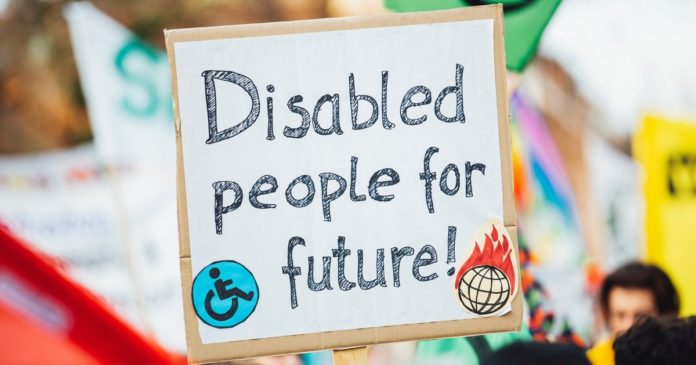 CODA (which stands for Children Of Deaf Adults) is a 2021 film directed by Sian Heder and distributed by Apple TV+. The film is a coming-of-age story about a teenage hearing girl who wants to pursue music to the confusion of her deaf family. Beyond its incredible representation of the deaf community, CODA is also a great film on its own merit. It is hilarious and heartwarming, a film that is simultaneously meant for young adults trying to navigate life and their parents trying to navigate raising a human. My mom and I watched it together a couple of weeks before the last Academy Awards, and we were both bawling our eyes out by the end.

This film is incredibly important as it demonstrates what it is like to be deaf and equally important that a film with a female director is gaining such praise, but what’s more important is an issue close to me and at the core of this film: accessibility. The fact that this movie won Best Picture in April, at one of the most prestigious award shows in film, is proof that accessibility should not be something that has to be fought for. It should be a given.

This past spring, global audiences witnessed the Best Picture win of the second film with subtitles in the last three years, the first being Parasite in 2020. In both instances, interpreters were provided for the cast and crew to give their speeches. And no one complained or got angry or had to work that much harder to give the space to these underrepresented groups. It was a seamless experience for everyone involved. It makes me wonder: why haven’t we as a society worked together to make so many more spaces this accessible when we’ve had the ability this entire time?

As someone who was recently diagnosed with a disability, I’ve realized how inaccessible mainstream society is and how so many people like myself have to fight for their right to participate in different events. When I saw the director and cast of CODA on stage at the Academy Awards and saw the entire audience signing their applause to accommodate the disabilities of the winners, a sense of pride welled up in me even though I had nothing to do with it. It just made me feel like I belonged and gave me hope that even though I no longer have conventional abilities, there is also a space for me to exist. That’s what accessibility really is— making space for those who don’t have access to it.

I hope this win reminded audiences and creators alike that telling stories about disabled communities shouldn’t be an anomaly, it should be integrated into our daily lives.

My College Lessons (So Far)

20 Scholarships for Latino and Hispanic Students

HOW TO CREATE BEAUTY FROM WITHIN: SNAPSHOTS OF LIFE

Making Your Resume Stand Out

Is Inspirit AI Worth It? Pros and Cons of the Scholars Program