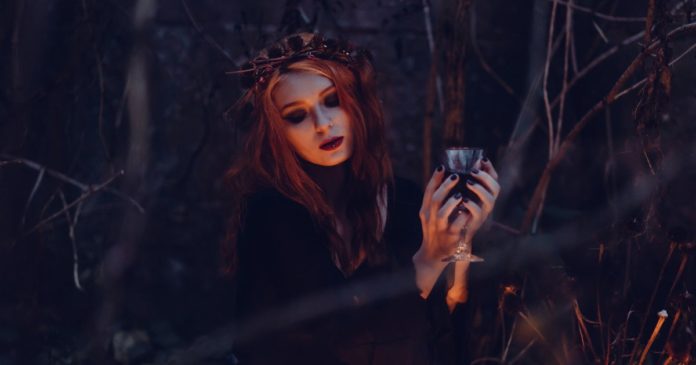 It is hard to escape thinking about ghosts and ghouls, having everything flavored with pumpkin, and seeing dark, goth-like outfits while delving into the spooky season. Listening to “The Monster Mash,” watching scary cartoons, and starting to bundle up as the seasons begin to change, all setting the scene for the most haunted time of the year. The classic characters and monsters like mummies, Frankenstein, vampires, and witches, have been a part of Halloween for most of us since we were kids. Halloween dates back more than 2,000 years to when Celtic people celebrated New Year’s Day. Back then, it was called Samhain on November 1st. Legend has it that the day before the new year started, Samhain Eve, fairy and demon spirits would appear in the ether as they traveled into the afterlife. Celtic people would dress in costumes to ward off the evil spirits and connect with the souls of their ancestry or those they knew who had passed. The tradition of dressing up on that night has continued and transformed into what we know today as Halloween. Not all of the traditional characters seen walking the streets in hopes for candy are fiction. Most have origin stories based in truth.

Witches, for example, are not just folklore. They are more than just characters who brew potions, cast spells and fly on broomsticks cackling in their giant pointy hats and green, wart-covered skin. They are all around us and look like all of us. Witchcraft, otherwise known as Wicca, has increased in popularity over the past several decades as a form of religion or spirituality. With a focus on nature, the belief that male and female forces have equal sway in the universe, and that the divine can be found all around us, witches are known healers and tend to have a connection with something beyond themselves.

Brooms were originally not used for flying purposes. Witches are primarily seen with brooms because in Celtic times, they were used to clean an area before a healing ritual could be performed. The stigma against witches and their practices stems from Bible passages such as Exodus 22:18 which says, “thou shalt not suffer a witch to live.” Other biblical passages caution against divination, chanting or using witches to contact the dead.

Paganism was originally seen and described as worshiping the Devil. In reality, there is a very wide variety in Pagan practices, but they all share similar core beliefs. They are primarily polytheistic, which means including multiple gods and goddesses, nature-worshiping, and they believe that male and female forces have equal sway in the universe and that the divine can be found all around us. Modern day Pagan practices draw from a combination of pre-Christian European religions, Western occult and Masonic societies and forms of witchcraft. The role of a witch is a healer who has great power and even greater forgiveness who believes that everything has energy, and in that power. It is through this energy that witches are able to cast spells. For example, the act of manifestation, and magic itself, is simply focusing energy to produce the desired effect.

Witches view Halloween, Samhain Eve, not as a time for scaring or fear, but rather as a time to honor and remember those we have lost. Halloween is the night that spirits are the closest to us and is the time when we can feel the deepest connection and presence of those no longer with us. Some witches light candles in remembrance; others try to communicate to ancestors, and some take the day to give thanks and set their intentions for the future.

Rituals differ from witch to witch, but there is a consistent theme of thankfulness and love curated in each of their different practices. “It’s become a really potent, powerful time of connecting to my spirituality, my ancestors, my loved ones, and also for me calling forward the new energy and the future visions for the year ahead,” says Natalie Mills, spiritual mentor, psychic medium, author, and witch. (Gulino)

Halloween marks the start of a new spiritual year for witches, and it is seen more as a celebration than a night of spooks and scares. So while you are dressing up to go out, have fun and eat some candy, make sure you remember why you are celebrating. Consider spending some time thinking about all of the things in your life that got you to where you are, the important people in your life, and the endless possibilities that your future holds.

Fun Fact! In medieval England, people associated makeup with Satan, and there are even popular myths about the government outlawing lipstick to combat witchcraft.

Why It’s Never Too Early to Start Thinking About Your College Application Essays —...

What Is Your Student Loan Balance? Here’s How You Find Out