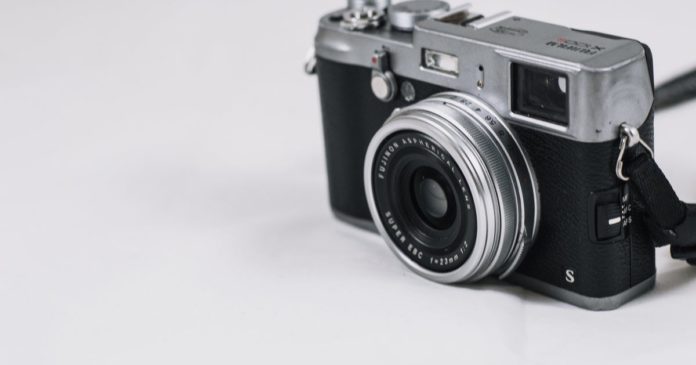 Scrolling the Instagram Explore page, an image catches the eye. Women on a mountain side, heads poking out of a semitransparent fabric that connects them all. The caption reads: “Here I am! At day 365! But I am not stopping here, I will continue creating beautiful images, there are more to come.” This post comes from @zhonglin_, otherwise known as Zhong Lin, a self-taught photographer with 394K followers on Instagram.

Zhong Lin was born in Malaysia, raised in a culturally diverse setting. At any given time, she “could be eating Malaysian food while watching Hollywood movies, with Indian music playing in the background, while talking to my family in Mandarin.” In college, she took a photography class because she was fascinated by the development of black and white film. She ended up with the lowest grade in the class, and her professor pulling her aside to remind Lin that not everybody is cut out for photography. Besides this class, Zhong Lin is a self-taught photographer. She has traveled the world shooting in diverse circumstances, sometimes commercial, sometimes personal.

In her work, Zhong Lin draws from multiple sources to create her signature style. She draws from her culturally diverse upbringing, as well as her film aficionado father’s favorite movies. Three films in particular: Wong-Kar Wai’s In the Mood for Love and Fallen Angels, as well as Quentin Tarantino’s Pulp Fiction, have striking cinematographic style, which are reflected in Lin’s work.

Her creative process is: she has no process. Zhong Lin works spontaneously. She chooses her subjects based on chemistry, and shoots instinctively. Sometimes she arrives to set with an idea in mind and a playlist curated to match the desired mood. In the end, Lin looks for emotion and a human touch in her photos.

Inspiration and creative process combine to create Zhong Lin’s signature style. Viewers will immediately be sucked in by her surreal compositions. Flowers, insects, animals or fruits are paired with models in unexpected yet clever ways. Fabric and makeup add an extra dimension and texture. Silky colors are juxtaposed, causing the eye to bounce around the image. Overall, Lin’s work is sensuous and vibrant.

The only centralized way to view Zhong Lin’s work is on her Instagram. No artist website, just Instagram. Lin chose Instagram as her platform due to its easy of sharing and tagging personal and commercial work. Also, it is easy to speak to and receive feedback from her audience. And due to Instagram’s universal and borderless nature, more people can consume and comment on her work. Rather than titling her work, Lin adds hashtags to her posts. These are added after the shoot with the intent of giving a different aspect to the photos and inviting the audience to interpret the images. For example, an alien-looking figure with an anthurium bloom over their nose is captioned #pinocchio.

Fashion and editorial photography are what Zhong Lin is contracted for the most. She has been featured in GQ China, Perfect Magazine, Harper’s Bazaar, Vogue Taiwan and the list goes on. She also has been commissioned by Nike, Puma, SK-II, Opening Ceremony, GCDS and others. Her commercial work impressively toes the line between fashion photography and fine art photography. However, in these scenarios, an editor or director has the final say, limiting some of Lin’s expression.

Zhong Lin’s most famous personal work is Project 365. When COVID-19 struck, Lin found herself trapped in Taiwan. Knowing that she would have a vast amount of free time, she decided to commit to her most ambitious project yet. Every day for a year, she would shoot, edit, and post a photo. Her first post was on April 23, 2020, accompanied by the caption, “I want to rediscover what it means to start from nothing. No Limits, No Boundaries and No Definition.”

For the next year, Zhong Lin kept her promise. 365 days of pure inspiration and expression. She shot within her means, using herself as the subject matter, working with her assistant, or networking with what people she could. As news of her ambitious project spread, Lin gained more attention both on Instagram and in the photography world. Given Taiwan’s excellent handling of COVID cases, Lin was able to have teams of makeup artists, stylists, and models for shoots, but sometimes she would opt for a simpler shoot. However, she soon found it difficult to balance Project 365 with her increasing commercial projects, as well as the pandemic and other life changes around her.

Despite the odds, Zhong Lin successfully made it to day 365. On April 23, 2021, she posted the image described in the first paragraph. After celebrations, her caption continued to say, “No matter which stage of my 365 you have joined, be it day 1, day 183 or today, you are part of the journey, and I welcome you.”

Now, Lin experiences more success than ever before. Her feed often hosts her recent editorial work for notable publications like Carcy Magazine, Whitelies Magazine and Perfect Magazine. As for her personal work, her style is more potent due to her daily practice in Project 365. She commonly uses red or orange juxtaposed with blue. Her work centers more on objects or obscured figures rather than straight-on portraits. Leaning into abstraction, her images have become more hypnotic and her portfolio more fascinating.

Go follow @zhonglin_ on Instagram! She tends to remove her old work, so check it out while you can. Also make sure to view her saved Instagram Stories, small galleries here and here, and look up her magazine covers!

We Need to Teach Our Students Financial Literacy

Sha’Carri Richardson Did What?! | Her Campus

Burnout Is Real | Her Campus

5 Ways to Slay This Semester

These Fall 2022 Nail Trends Will Spice Up Your Next Mani

Try Interning Abroad Instead of Studying

How to Write Stellar Responses